Watchmakers, enthusiasts, and the industry press have long had the year 2019 circled in their calendars. It marks fifty years since some historic events. The anniversary of the Moon landing half a century ago is surely the first thing that comes to mind for most people, regardless of if they’re interested in watches or not. The other two anniversaries are more deeply rooted in watchmaking, with one having revolutionized the entire industry.

An Anniversary That Was Almost Forgotten

As is so often the case, this story begins with the quartz crisis, which at times seemed like it would mean the end of mechanical watches. Many cite the 1969 debut of the first commercially available quartz wristwatch as the beginning of this era.

If the quartz crisis had become a permanent state of affairs, it’s likely this other anniversary would have been relegated to a footnote in watchmaking history. Only the most nostalgic enthusiasts would be telling the tragic story of a dying industry’s last gasp. But, as we all know, the reality was completely different: Mechanical timepieces have rebounded and are thriving – apart from a few slow periods – to this day. This is also the reason why this third event, the anniversary of the first automatic chronographs in 1969 remains firmly anchored in the memory of watch fans.

However: I’m not here to tell the same old story – others have already done so in countless ways and more comprehensive formats. We also won’t be looking at which company won the race to create the first automatic chronograph. That really depends on how you define winning, anyway.

Instead, I’d like to show how watch fans can get their own personal piece of the pie today, 50 years after the introduction of the automatic chronograph. What models can you still get for a fair price, and which modern watches are worthy successors? We’ll be taking a look at vintage models and – when possible – the modern successors to some iconic chronographs. 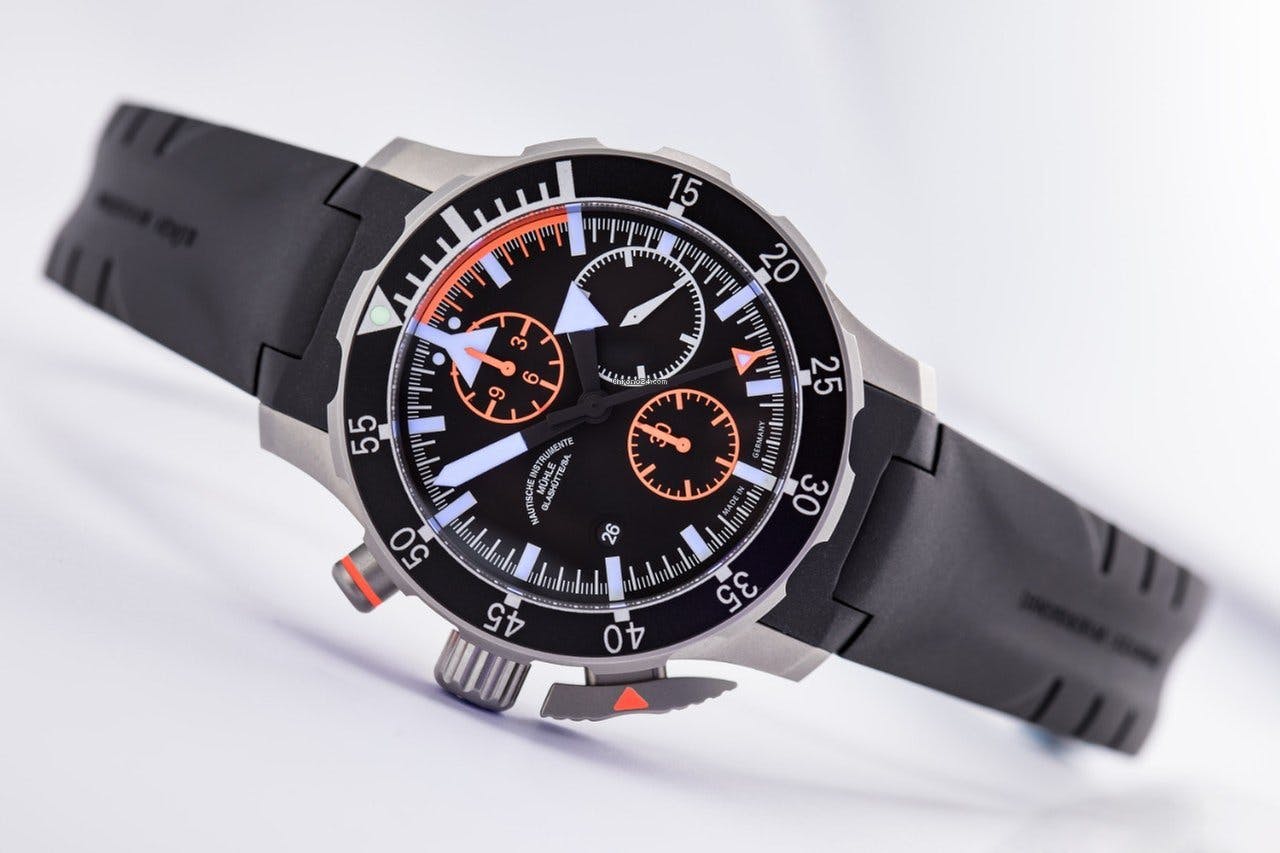 The first company to set the goal of creating an automatic chronograph (and that actually managed to do so) was Zenith. The final result was given the not-so-modest name “El Primero.” Of the chronograph movements we’ll be examining today, the El Primero is often considered the best, both technically and aesthetically. It was used not only in Zenith watches but also in Ebel, Daniel Roth (now owned by Bvlgari), and Rolex timepieces. While the modified El Primero that ticks away in older versions of the Rolex Daytona has a frequency of 28,800 alternations per hour, the original caliber runs at 36,000 A/h. That makes the El Primero a high-speed oscillator, an essential feature for a chronograph, as it allows it to accurately measure periods of time to within a tenth of a second.

This movement is the only one on our list that’s still in production today, and this is due to Zenith employee Charles Vermot. During the quartz crisis of the late 70s, he hid the production equipment to prevent it from being destroyed. The owner at the time, Zenith Radio Corporation, wanted to concentrate on cheap quartz movements and saw no use in preserving the production line.

After the crisis, production of the caliber resumed in no time thanks to Vermot’s wise actions. This is why the El Primero remains the backbone of the collection, as well as the center of the Zenith brand, to this day. 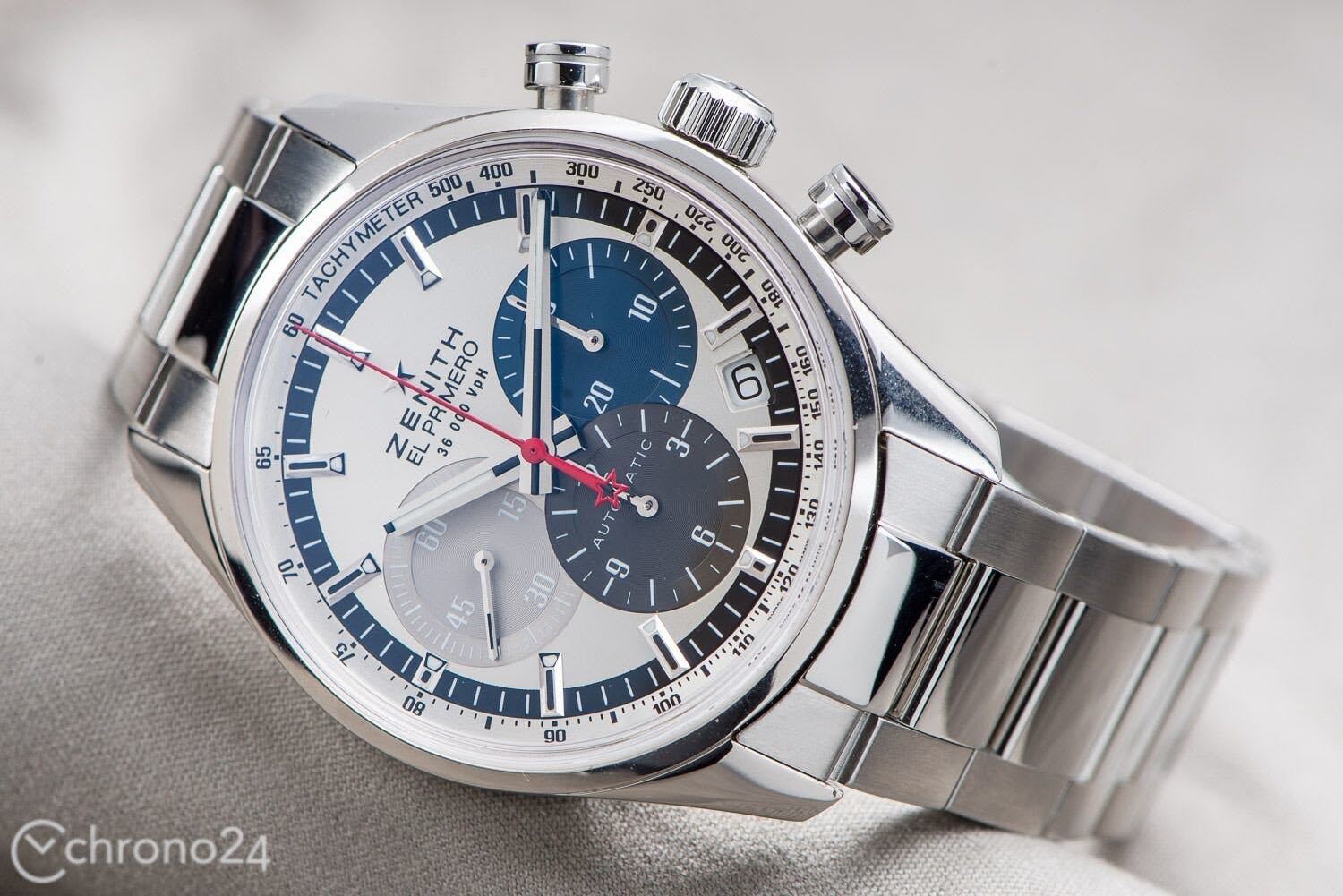 The current collection, the Chronomaster El Primero, offers over 70 different models. From simple models with a vintage aesthetic to complex skeletonized timepieces, the selection is broad. If you’re looking for a younger or brand-new Zenith with an El Primero, you can’t go wrong with the straightforward design of reference 03.2150.400/69.M2150.

If you’re on the hunt for a bargain, you’ll find plenty of watches from other manufacturers that use the El Primero on the vintage market because, as mentioned earlier, the El Primero isn’t exclusive to Zenith watches. The most affordable models sell for around $1,000 or $2,000, though you’ll have to be a fan of 70s design to like these timepieces. One example worth mentioning is the Zenith El Primero “TV Screen,” which earned its nickname from its striking design. It may not be cheap, but it is unique.

The Second Contender: The Breitling-Heuer Consortium

The name of the second movement on our list is far too long to fit in any headline. Instead of coming from one company, it’s the result of a collaboration between numerous companies, who each took on different roles in its development. 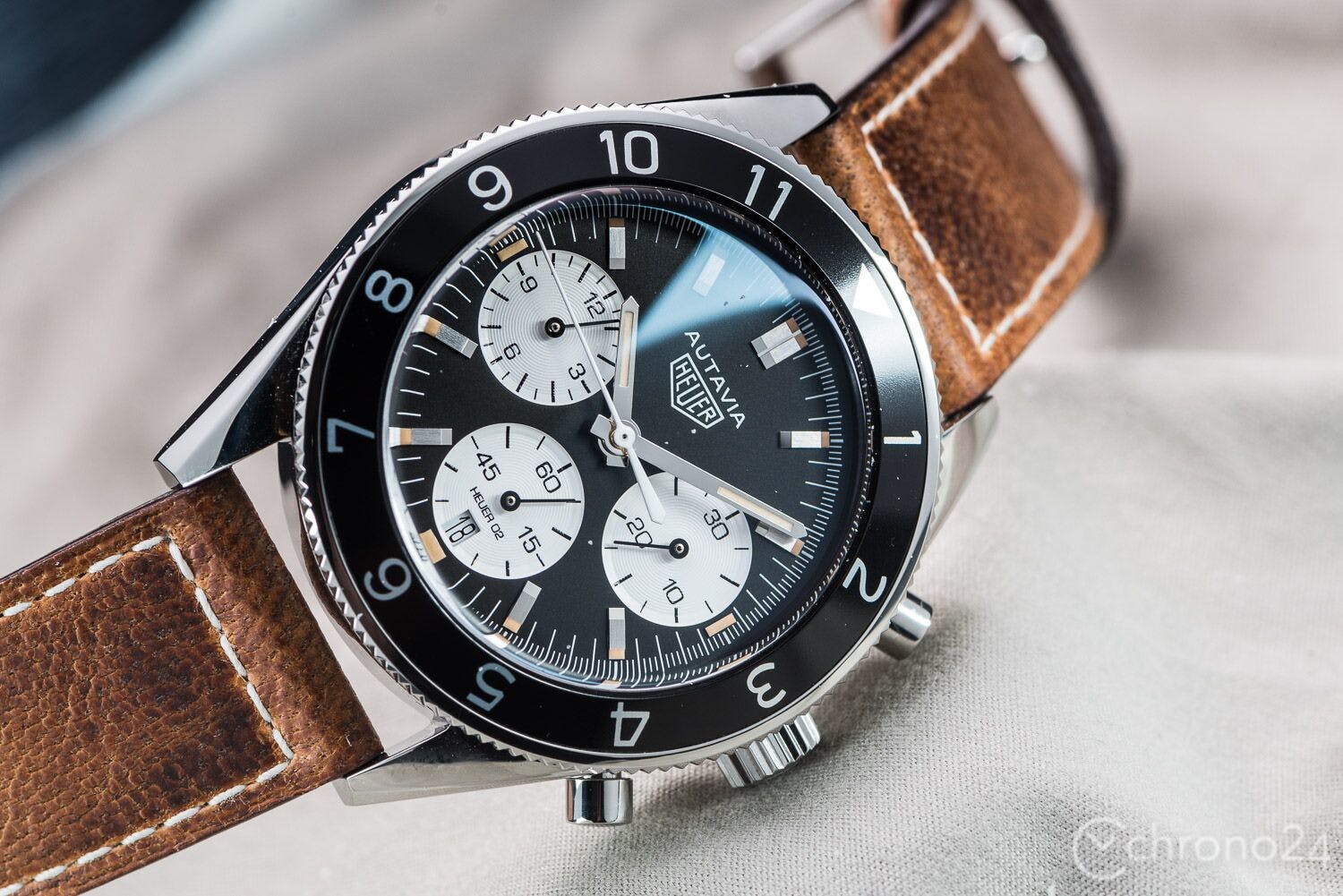 Known as the Chronomatic or Caliber 11, all of the collaboration’s main contributors would go on to use this movement. The Caliber 11 was special in its modular construction. That means the chronograph module was a separate unit placed on top of the base movement. Thanks to Buren’s ultra-thin micro-rotor movements, these watches could maintain a slim profile despite this method of construction. Back then, you could tell that a watch featured the Caliber 11 by the distinctive placement of the crown and push-pieces. The former was placed on the left side of the case, while the chronograph push-pieces were on the right.

Breitling used this movement in the Navitimer Chrono-Matic and the Chronomat, while Heuer placed it in the Carrera, Monaco, and Autavia. Hamilton’s Chrono-Matic is probably the least known timepiece in this group, though it’s no less desired by collectors today. 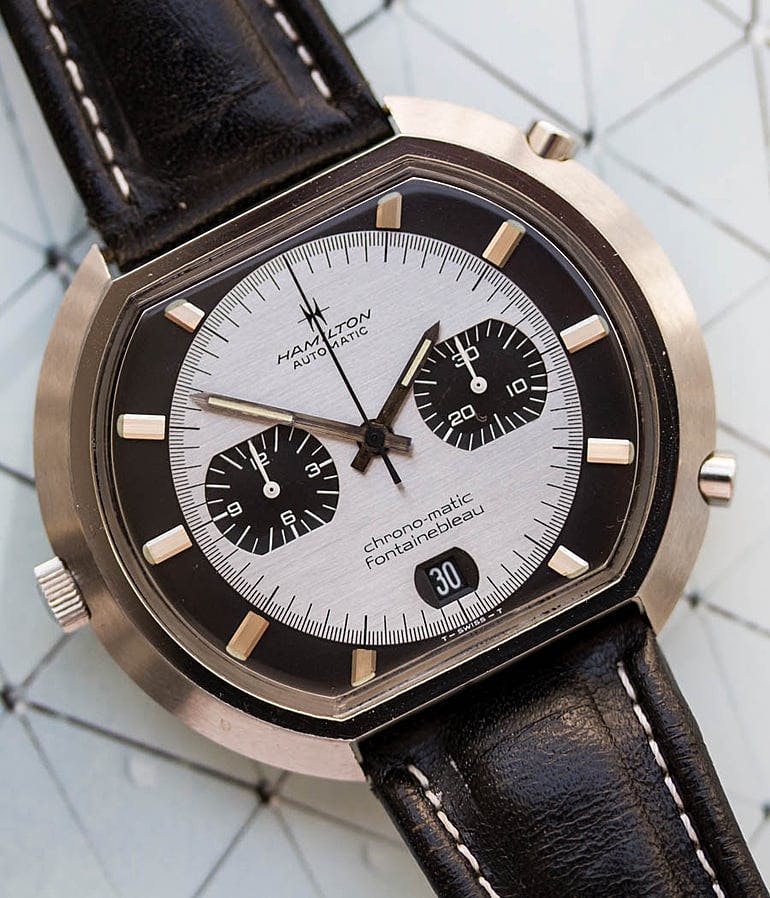 Unfortunately, the original Caliber 11/Chronomatic movement is only available in vintage watches. While TAG Heuer’s current collection does offer a movement that goes by the name of Caliber 11, it has little to nothing to do with the original. Instead, the current version is an ETA or Sellita-based module chronograph. However, the company Dubois-Dépraz does still provide the chronograph module.

Those in search of a chronograph with the original Caliber 11 from 1969 (or a variant thereof) will find used models from Breitling or Hamilton for around $2,250. If you want a vintage original of the cult classic Monaco as worn by Steve McQueen in the film Le Mans, you should be ready to part with a five-figure sum.

The Monaco is also an indispensable part of TAG Heuer’s current catalog. One of the most noteworthy models is the Monaco GULF Special Edition 50th Anniversary. Its retro dial is a wonderful representation of TAG Heuer’s cooperation with Gulf Racing. 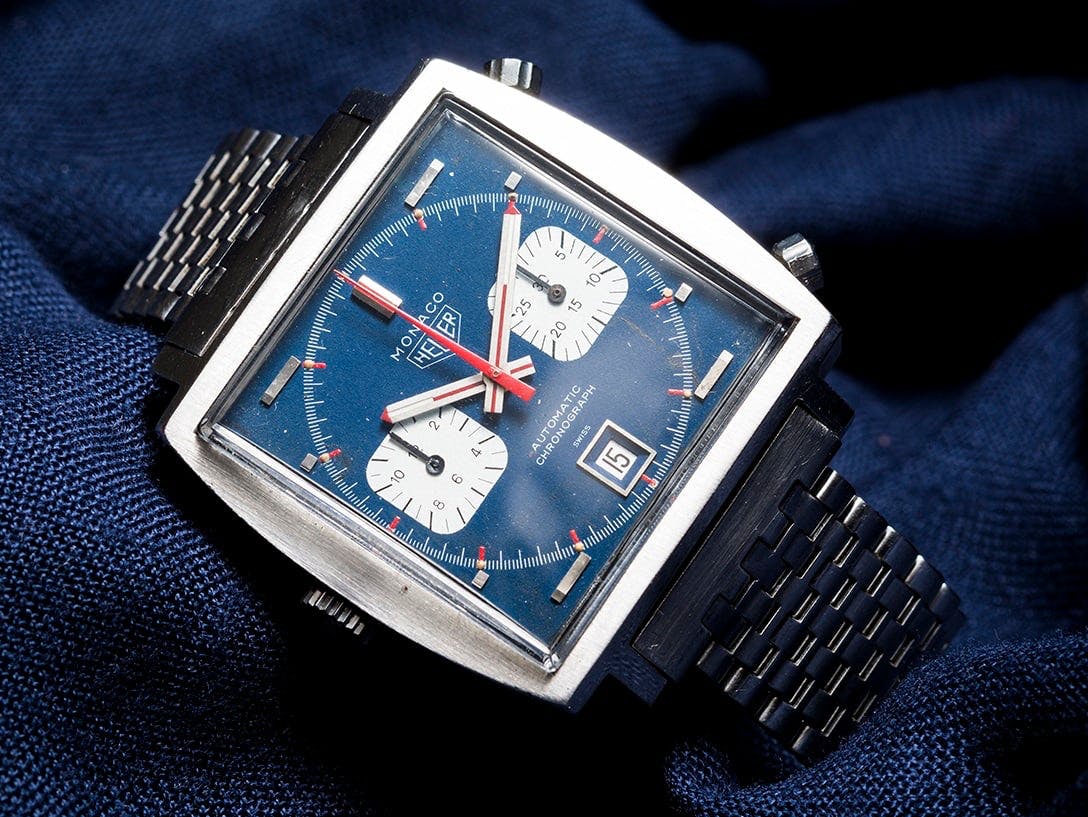 While the two previous companies feverishly worked on their automatic chronographs in Switzerland, Seiko was busy with its own in Japan. As opposed to Zenith and, in particular, Heuer, who put a lot of publicity behind their market debuts, the Seiko 6139 seemed to come out of thin air.

Jack Heuer later reported that the head of Seiko visited his stand at Baselworld 1969 and congratulated him on the first automatic chronograph – even though the Seiko 6139 had debuted at the same exhibition and was already on the market in Japan.

The 6139 isn’t much to look at. More of a functional piece, the watches it was used in were no high-end or prestige models. This benefits consumers today: A Seiko 6139-6002 “Pogue,” as worn in space by astronaut William R. Pogue, can be had for a mid-range three-digit price. The reference 6139-7020 is equally affordable, though less colorful, and comes with an eye-catching case. 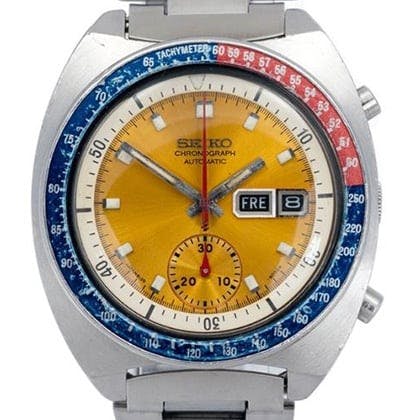 Seiko ceased production of the caliber 6139 long ago. However, due to the large and (currently) still affordable selection of vintage Seiko models, these watches are definitely worth buying.

If you don’t want to buy a used watch or find the vintage Seiko designs too eccentric, we strongly recommend Seiko’s current chronograph models. The Seiko Presage Chronograph SRQ025J1 changes hands for around $1,700 and comes with an ultra-modern in-house movement.

Between Vintage Nostalgia and Innovation

Zenith and Heuer are fully aware of the cult status of the El Primero and Caliber 11. That fact is evident in the great number of homages, remakes, and the marketing of these companies. But they’re not just resting on their laurels. 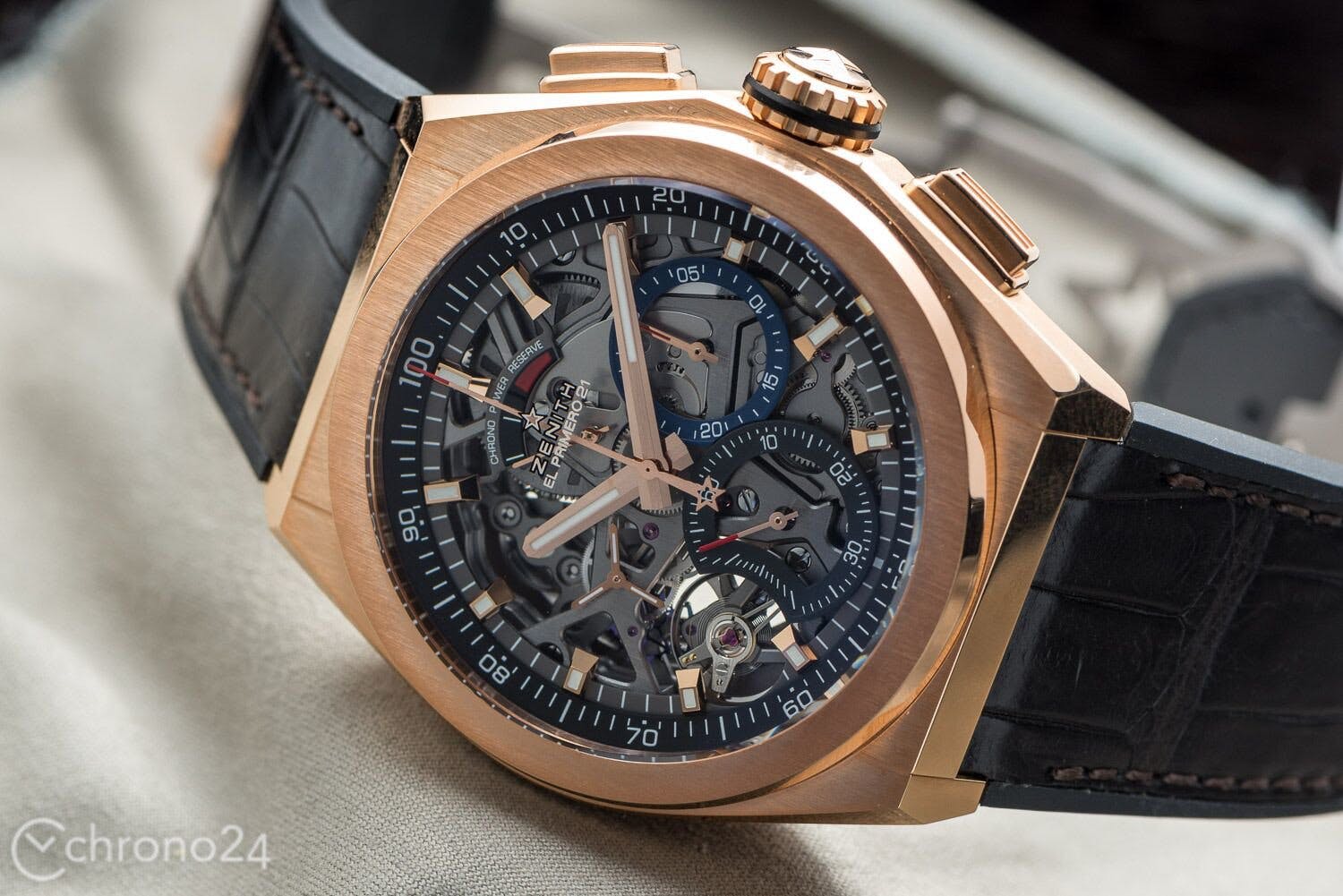 With the Defy El Primero 21, Zenith has introduced a worthy successor to El Primero in terms of innovation. While it doesn’t go so far as to make the original obsolete, the manufacturer has shown that they are willing to step outside the shadow of their former glory. Breitling’s B01 is a modern in-house movement that also appears in Tudor watches. As mentioned previously, Seiko offers contemporary in-house products, even for tighter budgets.

In short: Leaving nothing up to chance, these manufacturers are dedicated to both their historical legacy as well as their future ability to compete. Therefore, enthusiasts who want to secure themselves a piece of this 50-year success story have a very broad selection to choose from.

The Development of the Automatic Movement – Part 1