One of the best watchmakers on the planet does things a bit differently. Roger Smith’s workshop isn’t located in a remote Swiss valley: It’s on the small and isolated Isle of Man between England and Ireland. Roger Smith crafts his watches with his own hands. There’s no partnership with famous tennis players or glossy lifestyle advertising. 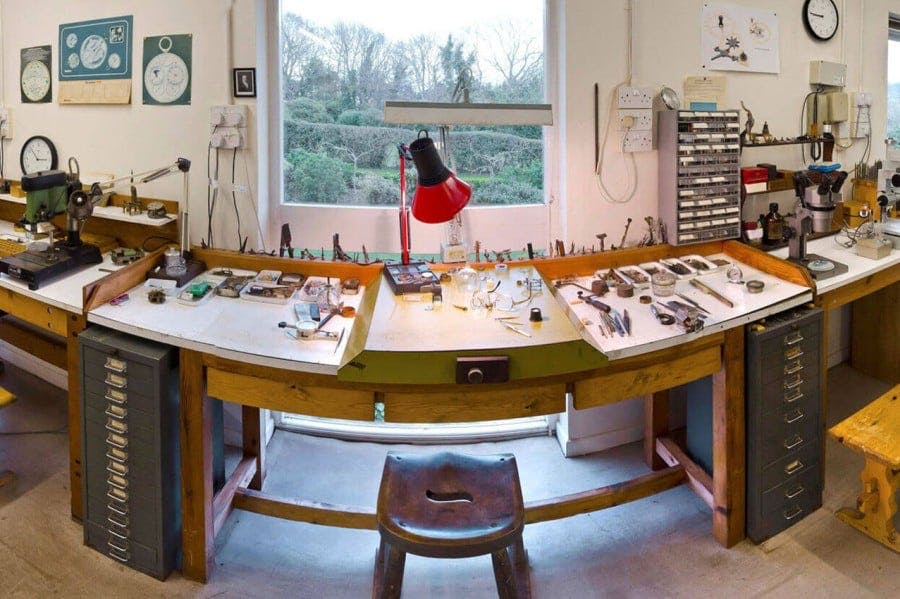 Most high-end watches are produced by large companies like Rolex, Omega, and Patek Philippe. These houses are world famous and have beautiful boutiques as well as significant advertising campaigns. They produce an estimated 60,000 to 700,000 watches per year.

There is also a small, exclusive group known as “Independents”. This includes F.P. Journe, H. Moser & Cie., Urwerk, and MB&F. These companies are much smaller and are often unknown outside of passionate watch-collector communities. They produce just a few hundred pieces a year.

Then you have an even smaller group of watchmakers, who make almost every component in their own ateliers (or workshops). They dedicate an insane amount of time to crafting and finishing the movement, dial, and each individual hand. Roger Smith is one such watchmaker. 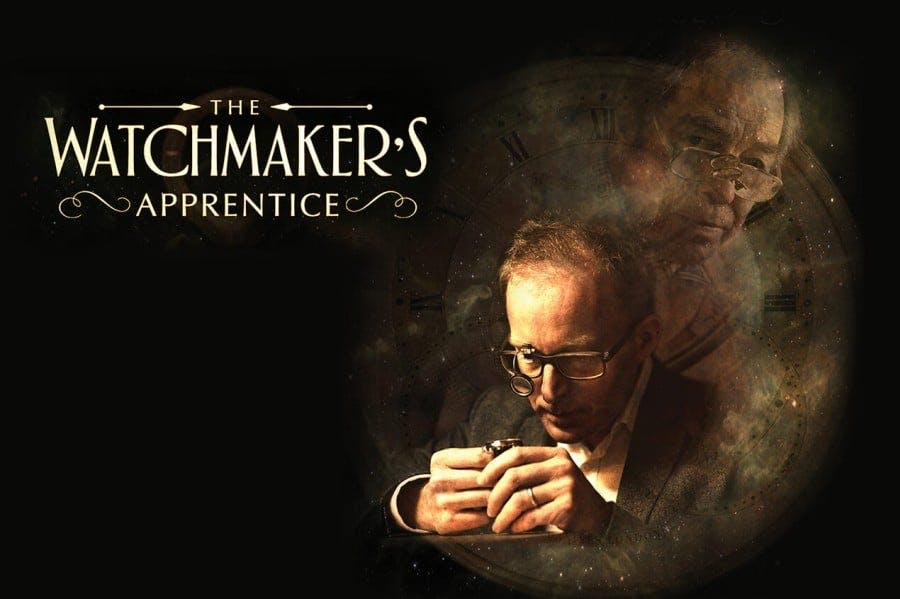 Like many masters of any difficult trade, Roger Smith had a very important mentor. George Daniels was considered the most influential watchmaker of his time. His most famous achievement is the invention of the “co-axial escapement.” This escapement reduces friction and uses energy more efficiently, therefore needing less servicing in the long run. The fact that the watchmaking giant Omega bought the right to use his technology says a lot about its importance.

When Roger Smith was first starting to learn his trade at the Manchester School of Horology, George Daniels visited the school as guest speaker. This inspired the 16-year-old Smith so much that he decided he wanted to create watches by hand like Mr. Daniels. Later, when he first asked the master if he could become his apprentice, Daniels told him he didn’t take on apprentices and he should study his book, Watchmaking, to learn how to create watches.

Smith took his advice and accepted the challenge. After creating his first pocket watch in 1990, he took the watch to the master for approval. Unfortunately, Mr. Daniels was not impressed. Smith went back to the drawing board and began working on a second pocket watch. It took him several years to master the necessary skills, but when he presented the result to Mr. Daniels, it received the master’s approval. Not long thereafter, Daniels invited Smtih to work with him on the Daniels ‘Millennium’ series. This was the start of a legendary collaboration. This journey was even captured in a feature-length documentary called The Watchmaker’s Apprentice. 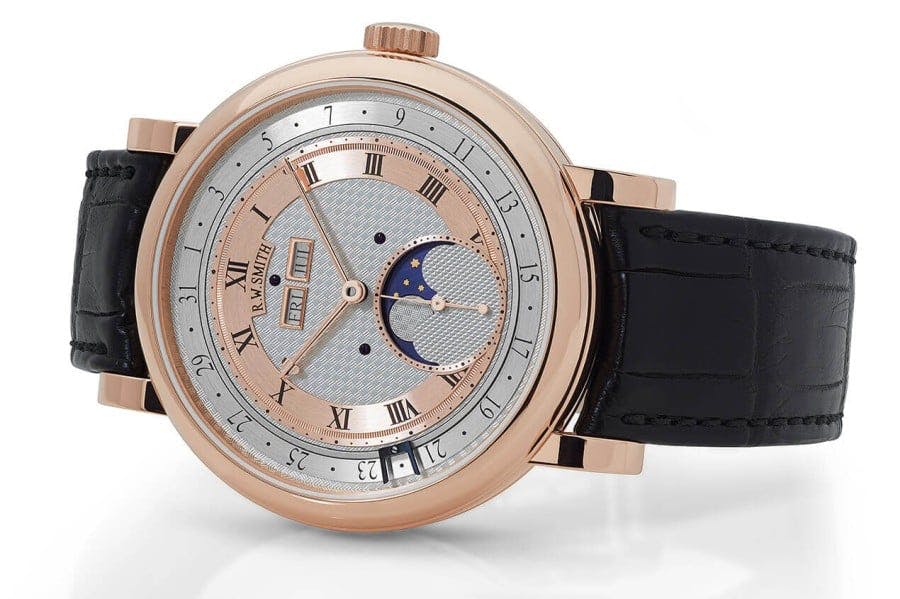 If you’re interested in purchasing one of his masterpieces, you’ll not only need a significant budget but also a lot of patience. Roger Smith only produces ten watches a year. His collection includes four different models: They are simply called Series 1, 2, 3, and 4.

At first glance, the Series 1 seems like a “simple,” time-only watch. It has a small seconds dial at 6 o’clock and features Roman numerals—nothing to get too excited about, right? Wrong. Like all watches from Roger Smith, the true value lies in its details. Upon closer inspection, you will find two different and wonderful guilloche patterns on the dial and subdial. You will also find a set of unique, sculpted hands. Like 98% of the watch, they are handmade in Roger Smith’s workshop. 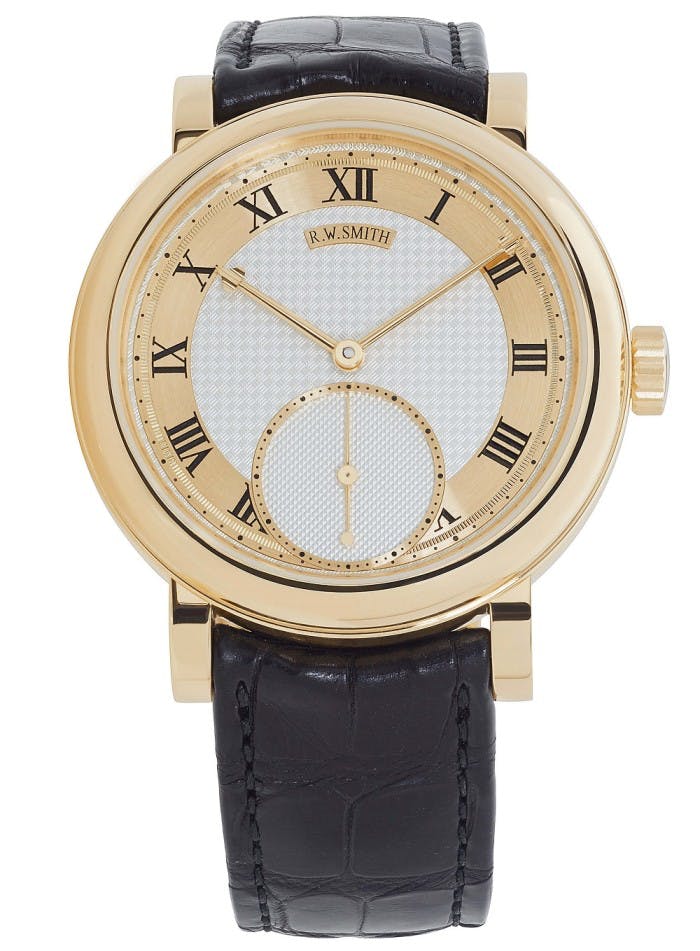 If you turn this “simple” watch over, you’ll see a movement that combines the best of traditional and modern watchmaking. In addition to the finest finishing techniques like engraving, gold chatons, and flame-colored screws, it includes Smith’s latest single-wheel version of the Daniels co-axial escapement.

As you might expect, you can order this masterpiece with an array of bespoke choices, including the movement engraving, dial design, and case material.

The other models have a similar design built upon the foundation of the Series 1. For example, the Series 2 has a power reserve indicator at 10 o’clock, whereas the Series 3 has a retrograde date display at 12 o’clock. 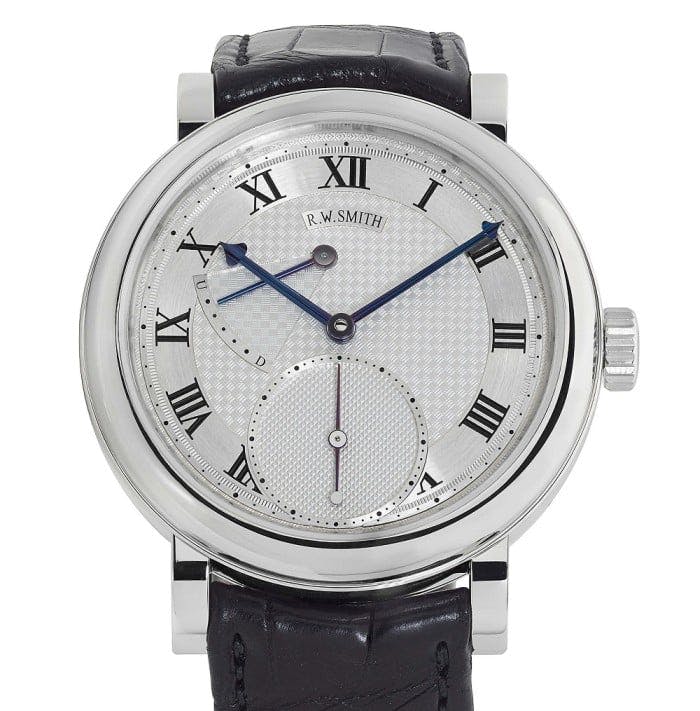 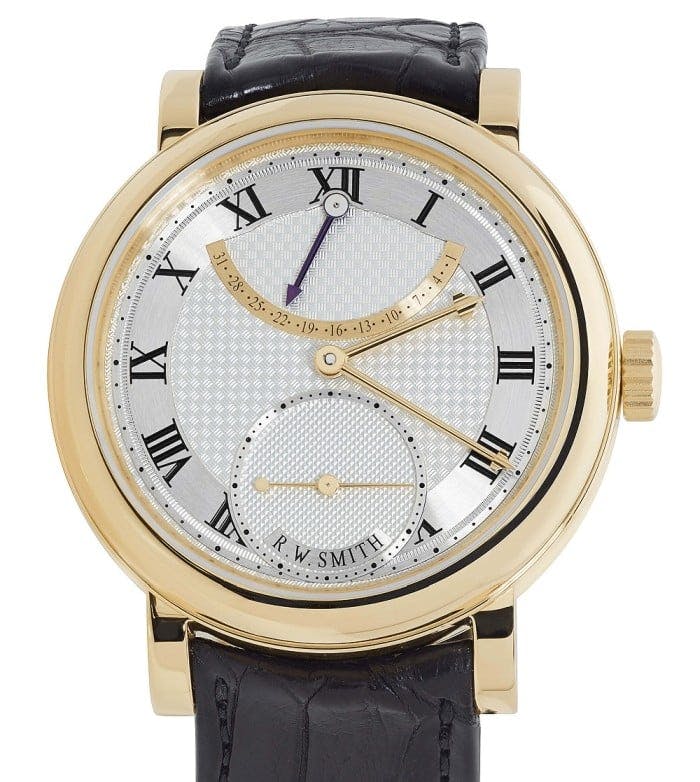 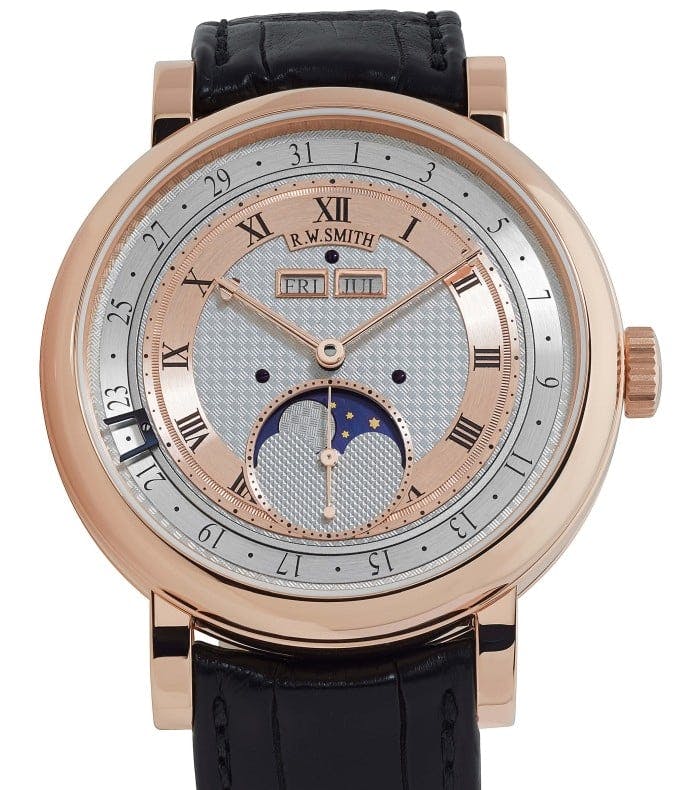 The Series 3 goes a bit farther, though. With a triple calendar including the day, date, month, and a moon phase display, it’s clearly the most complicated Roger Smith timepiece. However, he also made sure to create a design that would integrate all of that perfectly, so the watch is easy to read without a degree in astrophysics.

Oliver Siegle was not only an author but also the editor-in-chief of the Chrono24 Magazine. He helped guide the development of our magazine and shared his passion for …