ETA, the company that initially founded by Eterna, has been part of the Swatch Group for decades. Their aim is to develop and create movements for watch manufactures, from relatively cheap quartz movements to mechanical movements with complications such as calendars and chronographs.

Many of their movements find their way in watch brands of the Swatch Group, such as the Swatch watches, Certina and Tissot for example. Mostly generic movements, that are the same for several brands. For certain brands, such as Longines, ETA creates movements that are exclusively done for them. Outside the Swatch Group, you’ll find ETA movements used in many different watches from dozens of watch brands. In most cases, it is because the watch manufacture is not capable – or does not have the financial resources – to develop and manufacture a movement themselves. This applies to small (independent or even micro) brands, but also to big and famous brands.

For example, when Omega decided to move away from 3rd party movements (ETA and others) and focus on in-house developed watch movements, the investment for their in-house Co-Axial chronograph caliber 9300 movement was approximately 100 million Swiss Francs. Even for large brands such as Omega that is a lot of money.

You can ask yourself the question whether an in-house movement is per definition better than a third-party movement like ETA’s. The caliber ETA 2892-A2 for example, a movement used by many of the big brands (Breitling, IWC, Omega etc.) for a long time, has proven to be a reliable workhorse. That means potential weak points of the mechanism have been optimized/removed throughout the process of many years and hundreds of thousands movements that are serving in watches all over the world. Thanks to their experience and their massive size, ETA is able to create movements that simply work and work and work.

So is a new in-house developed movement by a watch manufacture with practically no ‘flying hours’ a better movement? Most of the newly introduced in-house movements need some time to proof themselves worthy, and often require many iterations along the way (becoming a burden for some watchmakers, to keep track of the changes). 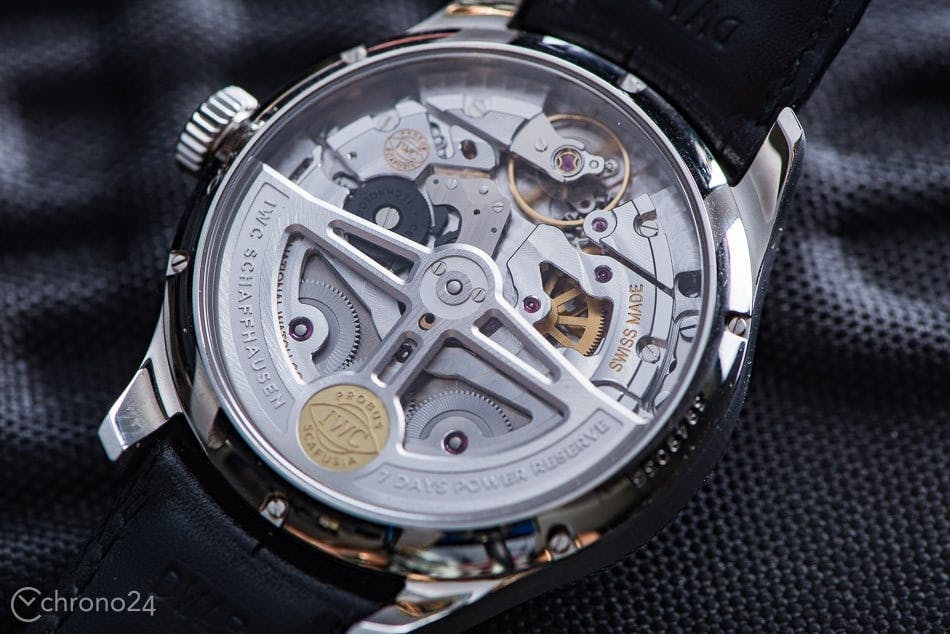 Of course, buying a timepiece with an in-house developed movement has its charm and certainly makes a watch more exclusive. It’s very attractive to purchase a watch because it has an in-house movement, you will get something that was truly developed by a watch manufacture and not just or partly ‘assembled’. Keep in mind though, that being able to use the word ‘in-house’ is also a perfect marketing tool to aim at watch enthusiasts and collectors that are very vulnerable for this definition.

Again, ask yourself whether the in-house movement has true added value for you, or that it is just a ‘qualification’ for quality, because it is not said that an in-house movement is always better than a third-party movement like the ones from ETA. Often, the proof of the pudding is in the eating and regarding movements, this can take up to years.

Of course, there are other advantages as well for using ETA movements. Buying a watch from a (small) brand with in-house movement, you have to rely on their continuity, capacity and skills when it comes to servicing or having to repair a movement in the future. With an ETA movement, this is no issue. Most watchmakers can work with ETA (they probably even practiced on these a lot during their schooling and traineeships), the supply of parts for ETA movements is not exclusive to certified service departments only, and because there are so many, the costs are relatively low. 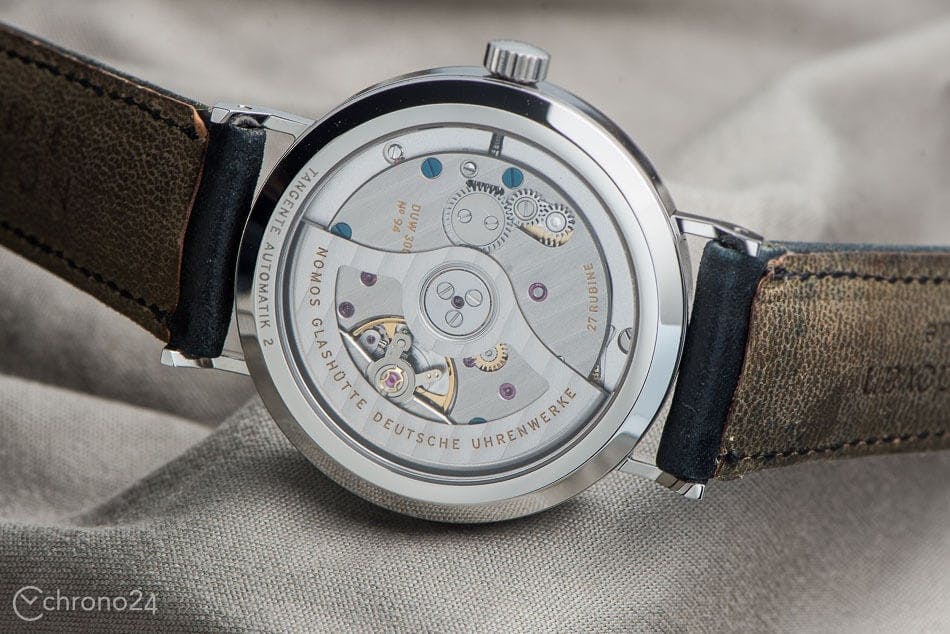 Up till now in this article, it might occur to you that there aren’t many advantages for using in-house developed movements. Of course, there are many reasons to choose for a watch with an in-house movement. For starters, it shows the craftsmanship of the watch manufacture, they are capable to come up with their own movements and taking care of ‘generic concerns’ of a movement (think dimensions, think modular construction to make the life of a watchmaker easier etc.).

If a watch manufacture wants to use a chronograph movement, let’s say the ETA/Valjoux Caliber 7750, they are required to have a certain dial lay-out that fits this specific movement and will need a specific case thickness. Of course, there are little adjustments and tweaks they can do to have a new layout of the dial, but this might also mean there are more concerns in terms of reliability. Developing and manufacturing in-house movements means that they can tailor the movements in such way, it is a perfect fit to the watch they have in mind. Not only that, but they can also opt for certain technical solutions they prefer over the standards solutions. Think escapements, winding mechanisms, regulating organ. In-house movements certainly have their admirers for different reasons and are often the center point of attention, where third party movements (such as ETA) are often considered “a makeshift” by a watch brand. 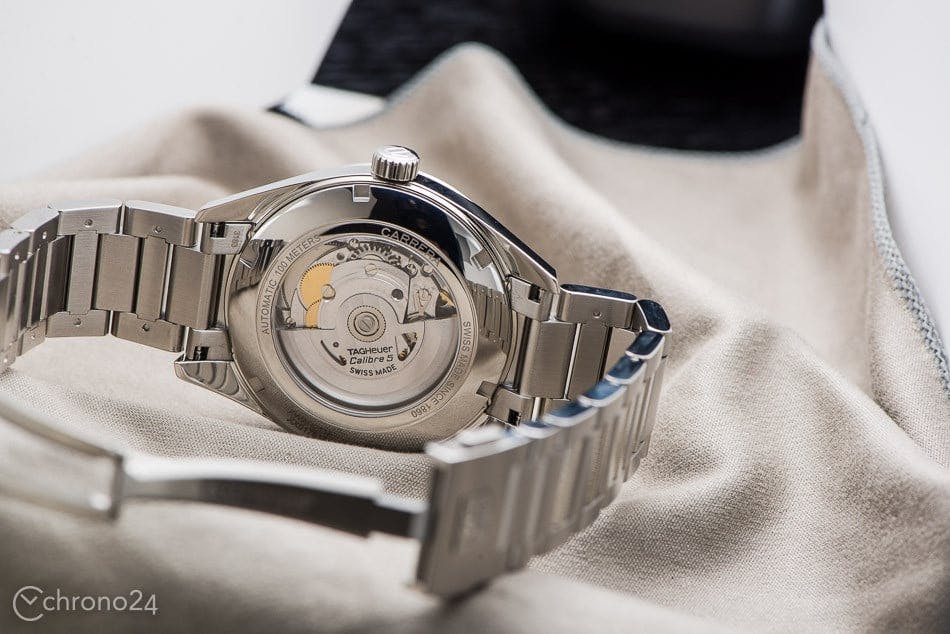 Let’s zoom in on some of the most noteworthy movements that ETA offers to watch manufactures. Mind you, in some cases it is not exactly clear that a watch manufacture is using an ETA based movement, as they redub these caliber numbers to their own numbering. Sometimes it is obvious, like Tudor Caliber 2824 (which is equal to ETA’s Caliber 2824-2) and sometimes it is not, like IWC’s Caliber 79320 (which is based on the ETA Caliber 7750). In many cases, the ETA movements used by companies such as IWC and Tudor, are heavily modified and finished up to their own (high) standards.

Also, a final note before we get to the overview, is that the ETA movements can be delivered in different grades. These different grades reference the various levels of accuracy ETA can guarantee. ETA uses definitions such as Standard, Elaborated, Top and Chronometer to indicate how accurate their movements are regulated. Not all versions are available to all ETA calibers. Not only does the grade concern accuracy, it also refers to the degree of decoration (optical finish) of the movement. 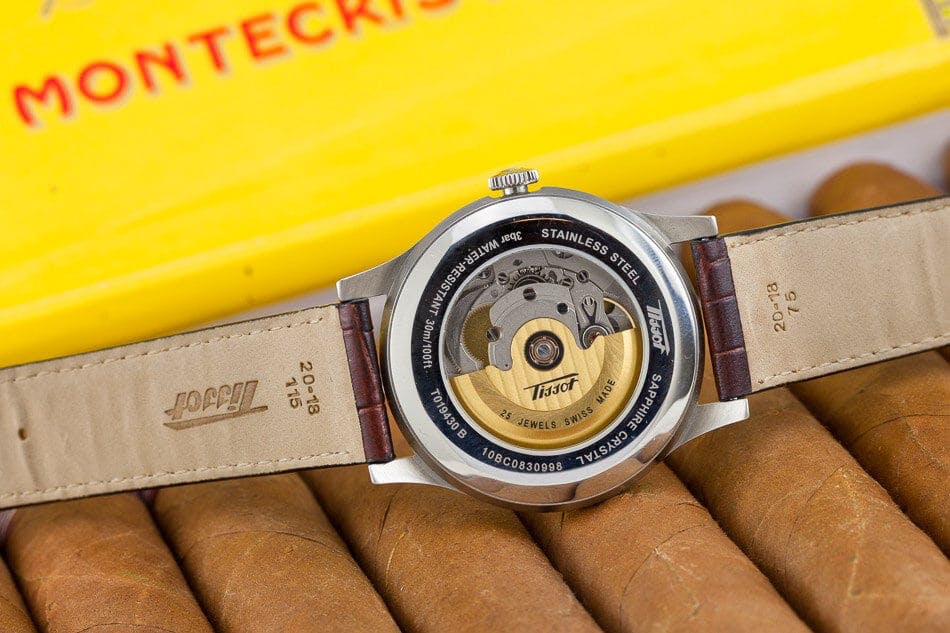 Briefly mentioned above as one of the basis calibers for watches from Tudor, this is one of the most commonly used ETA movements for a lot of brands. This self-winding movement has 21 jewels and ticks at 28,800vph. This movement can be found in countless watches from all sorts of brands, it is – for many – the go-to movement if they need a solid workhorse. The ETA2824-2 also comes as a chronometer grade movement. 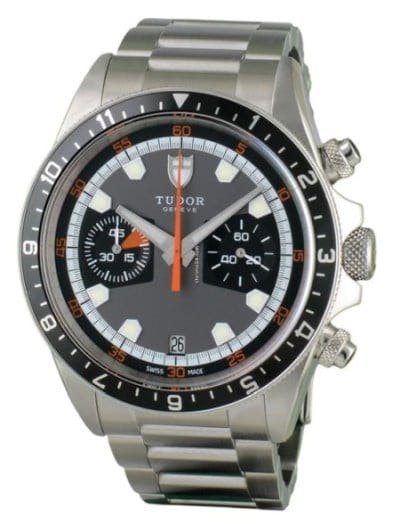 ETA caliber 2892-A2 has been on the market for decades, and generally used in the more expensive watches (from big brands). IWC, Omega, Breitling and several other well-known brands rely or relied on this movement for ages. It also functioned as the basis movement for Omega’s first series of Co-Axial movements in 1999 and onwards (Omega Caliber 2500). This self-winding movement ticks at 28,800VPH, has 21 jewels and a power reserve of 42 hours. Tudor used this ETA Caliber 2892-A2 movement as a basis for their chronograph movement in the Heritage Chrono models for example. This means that a chronograph module has been installed on top of this ETA2892-A2. Often, this can be recognized by the line-up of the pushers and crown. If the pushers are positioned higher than the crown, you are dealing with a ‘piggy-backing’ movement. 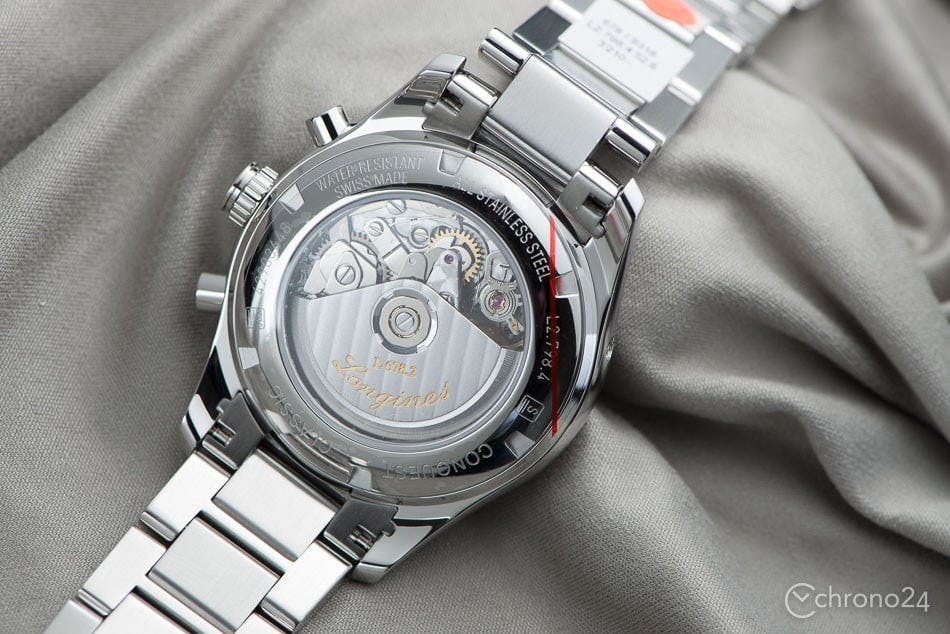 Where the ETA7750 has, besides the chronograph function, a day and date feature, the ETA7751 for example, comes with a month and moon phase indicator on top of that. Another well-known variation is the ETA7754, which is basically a ETA7750 but with an additional time zone (24 hours). You can find the ETA Caliber 7750 in many chronographs, as it is considered one of the most reliable workhorse chronograph movements on the market. From watches below 1000 Euro till very expensive watches, where the ETA7750 most of the time has been beautifully decorated, or has been skeletonized for example.

IWC’s Caliber 79320 is such a variation on the ETA7750, and used in their IWC Pilot Chronograph for example. Other brands that use (or have used) ETA Caliber 7750 are Panerai, Breitling, Omega, Sinn, Porsche Design, TAG Heuer, Longines, Oris, Tissot, Hamilton, Rado, Chopard etc. You will also find them in much smaller (and perhaps more unknown) brands like Peter Speake-Marin and Alain Silberstein.

ETA’s Caliber 7750 (and its variations) are also available in different grades, depending on the wishes and specifications of the watch manufacture who wants to use this chronograph movement.

Read more about watches and technology