The watch once introduced as something completely different than all their other watches, is now the back bone of the Audemars Piguet brand: the Royal Oak. Designed by Gérald Genta in a single night, as requested by AP’s managing director Georges Golay before the big watch show in Basel. At least that’s how the story goes. In 1972, Audemars Piguet surprised the press (and other watch brands) by showing a luxury stainless steel sports watch at the cost of 10 Rolex Submariner watches. Unheard of, but the crowd loved it and it became one of the most iconic watches ever. 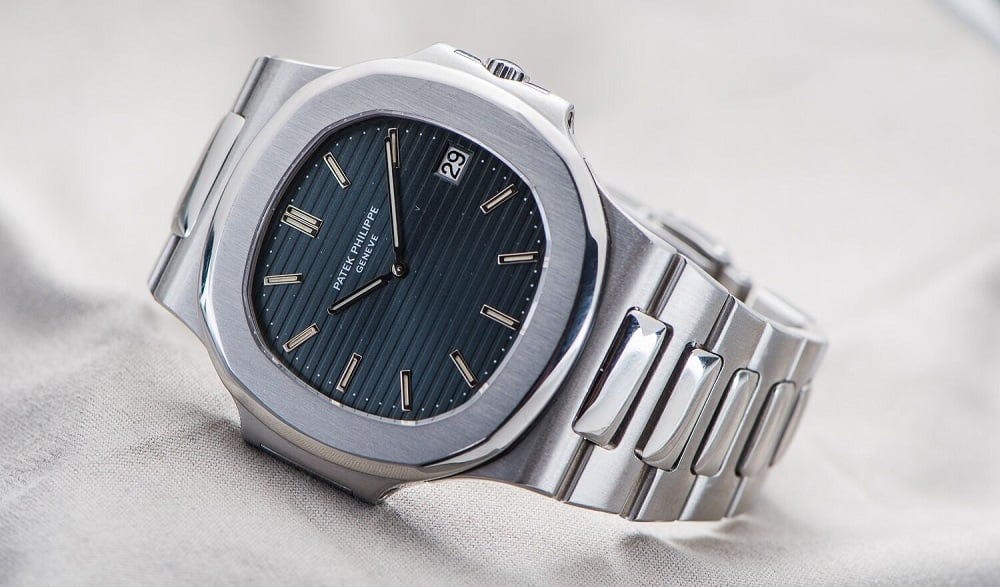 Gérald Genta – after having worked for Omega for a long time – repeated the art of creating stainless steel luxury sports watches again with Patek Philippe’s Nautilus and IWC’s Ingenieur just a few years after the introduction of the Royal Oak. However, one thing is certain, the Royal Oak did more for Audemars Piguet then the Nautilus for Patek Philippe and the Ingenieur for IWC in terms of sales after over 40 years of existence.

That very first Royal Oak (reference 5402A) had a 39mm diameter case and was very thin. The thinness of the watch was mainly realized by the use of the caliber 2120 movement, which only measures a thickness of 3.05mm. This movement was designed by Jaeger-LeCoultre and labelled caliber 920. The movement was also used by Vacheron Constantin (caliber 1120) and briefly by Patek Philippe (28-255). However, Jaeger-LeCoultre never used it themselves and in the end sold the license for the movement to Audemars Piguet, who is now the only company who produces (and uses) the caliber 2121.

Without becoming too technical, as this article is about the Royal Oak and not about this movement, the caliber 2121 was and still is essential for the success of the Royal Oak. It is considered to be one of the most beautiful time-only automatic movements ever created. The Royal Oak 5402 and all its iterations up till today (15202) are considered as the ‘original’ Royal Oak ‘Jumbo’ models or ‘Extra-Thin’ as Audemars Piguet refers to it today. This watch is easy to recognize with its very thin case and lack of a seconds hand. 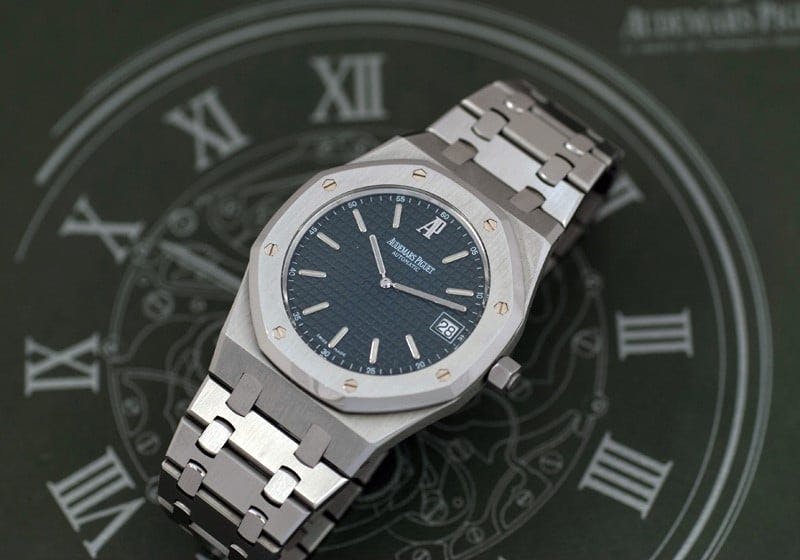 Besides the Royal Oak ‘Jumbo’, Audemars Piguet created several spin-offs. Models with a small diameter were most common up till the 1990s. The 36mm Royal Oak was available in different materials and combinations, even with a leather strap. Audemars Piguet also used several models from their Royal Oak collection to show off with some of the most brilliant complications. 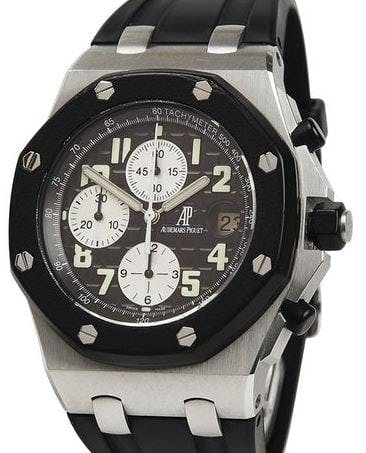 On the 40th birthday of the original Royal Oak ‘Jumbo’, in 2012, Audemars Piguet introduced an updated version of the reference 15202. This watch has still the same case diameter of 39mm and the same ultra-thin caliber 2121 movement, but the bracelet and clasp has changed a bit and the dial went back to its roots (with the AP logo at 6 o’clock instead of 12 o’clock). The Royal Oak 15202 doesn’t come cheap, like the initial model in 1972, but there are only very few iconic watches out there that can be really compared to it.