Invented sometime in the early 16th century, the humble pocket watch served as an indispensable timekeeping companion for the better part of four centuries. It was then unceremoniously usurped by the wristwatch in the early 20th century. Often cumbersome and inconvenient to operate, pocket watches could also be exceptionally complex and elaborately decorated – more so than any modern timepiece you will ever strap to your wrist. But are they still relevant today? While it may be hard to imagine, there remains a very passionate community of pocket watch collectors. What is it that draws people to these old-fashioned timekeepers? And what do you need to know before you start your own pocket watch collecting journey? Read on for answers to those questions and more.

There are many reasons for collecting pocket watches: fascinating history, incredible craftsmanship, breadth of choice. And that’s all without mentioning that collecting pocket watches is generally cheaper (and, thus, more accessible) than collecting wristwatches. Although that’s not to say there aren’t rare and extremely valuable pockets watches out there, too. There certainly are – one of which we will highlight in a moment.

Pocket watches were produced en masse in the late 19th and early 20th century. This means there are plenty to choose from. That being said, many of these timepieces carry very little significance, at least as far as horological history buffs are concerned. They will never reach stratospheric prices at auction or sit in some priceless collection in a museum.

On the flip side, it’s relatively easy for novice collectors to find interesting models at comparably modest prices. They may not have been owned by a Head of State or a Crown Prince, but they do offer a fascinating snapshot into the development of timekeeping instruments over time. Plus, they are generally better constructed than their modern counterparts.

What should I be on the lookout for?

As with collecting wristwatches, there are three broad areas to pay attention to when collecting pocket watches: brand, complexity, and condition. Provenance can also play into the discussion; however, when a piece is more than a century and has no obvious historical significance, it’s unlikely you’re going to find too much accurate information about things like its previous owners. 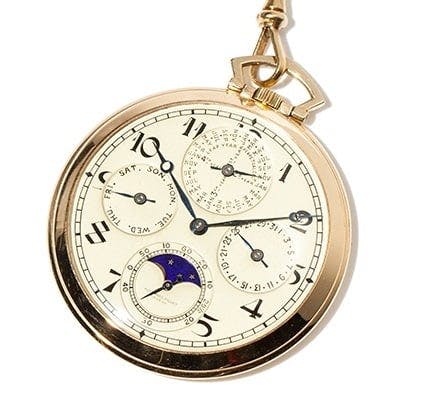 Brand is particularly important when it comes to pocket watches, as there were so many different companies manufacturing them at the turn of the 20th century. Most of these brands no longer carry any name recognition. However, there are a few key players worth noting. If you know anything about watches, you’ll likely recognize these names: Breguet, Vacheron Constantin, Audemars Piguet, Girard-Perregaux, and of course, Patek Philippe. Of those, Patek is significantly more important. Even so, all of these company produces highly complex pocket watches that are still prized today.
It’s important to remember that pocket watch movements were not subject to the same size restrictions as wristwatches. This means watchmakers could integrate more complications along with elaborate decoration and finishes. Furthermore, most of these high-end pieces were commissioned by extremely wealthy people with specific requests. One pocket watch could take years to complete due to its complexity and the inherent limitations of the technology at the time.

The most famous example of this type of pocket watch is none other than the Henry Graves Jr. Super Complication from Patek Philippe. Its owner, a banker, commissioned it with the express purpose of outdoing the Grande Complication pocket watch. Vacheron Constantin had produced the Grande Complication for his long-time horological rival, automaker James Ward Packard. With 24 complications, the Graves is one of the most complicated pocket watches ever made. These include Westminster chimes, a perpetual calendar, sunrise and sunset indicators, and a celestial map of New York as seen from Graves’ apartment on Fifth Avenue. 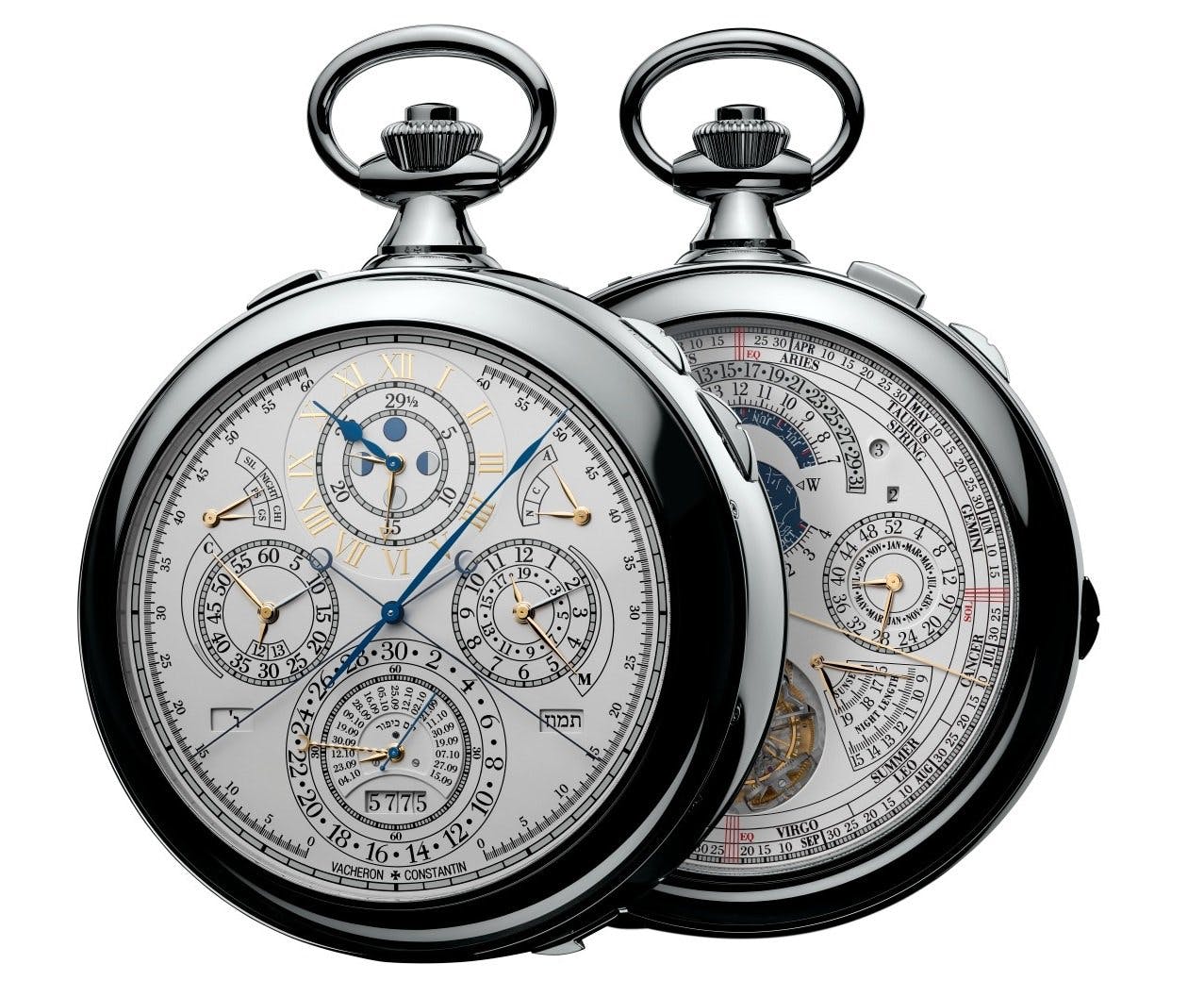 Having had the rare opportunity to hold this watch in my hands when it last went up for auction in Geneva several years ago, I can tell you it’s absolutely incredible – though I wouldn’t recommend carrying it around in your pocket. Aside from the $24 million price tag (making it the most expensive pocket watch ever sold at auction), it’s also huge! Patek Philippe topped themselves more than 50 years later with the Calibre 89, a commemorative piece the brand made in honor of their 150th anniversary. That pocket watch houses a staggering 33 complications. Although Vacheron Constantin eventually got its revenge in 2015 in the form of the ref. 57260. It currently holds the record for the most complicated watch ever thanks to its 57 complications. I don’t foresee this record being broken any time soon.

These days, most of these timepieces sit in private collections are rarely see the light of day. Even when they do change hands, it’s not necessarily under the public eye (i.e., at an auction). That doesn’t mean you should give up on the idea of collecting pocket watches, though. Far from it! You just need to find your niche. Perhaps it’s wartime models or pieces made by British or American watchmakers. 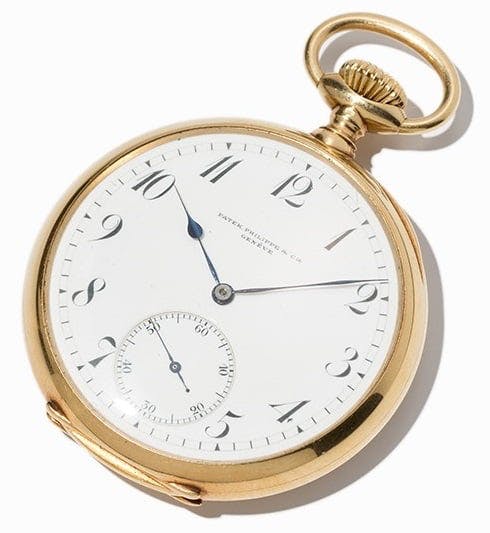 So, are pocket watches a good investment? Will the market for them suddenly heat up as it has for vintage watches? I think the answer to these questions is probably no. However, I’ve been known to be wrong on occasion. But that’s beside the point. If you want to invest your money, I’d recommend stocks or property. If you want to enjoy your money, collect objects you like. Find something that will bring you pleasure whenever you look at and use it. I’ve seen some really cool pocket watches that may lack an impressive pedigree but offer clever designs or unusual features and still run reliably. That’s more than you can say about some modern wristwatches.

So, if you like the idea of collecting pocket watches, my advice is to just do it. Enjoy the pleasure of discovering something from the past that is still interesting, of exploring how the way we keep time has evolved. And of course, if you want to immerse yourself deeper and go really niche, nothing’s stopping you. After all, that’s what makes this little hobby of ours so much fun. 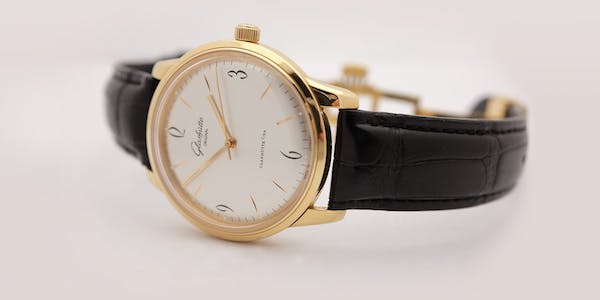 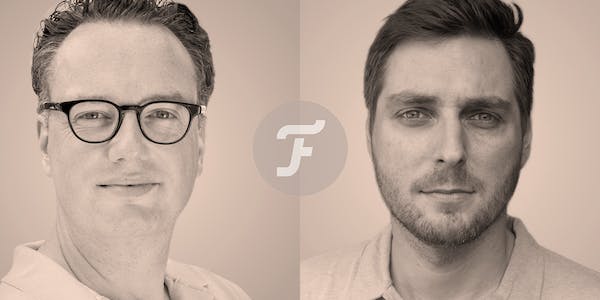 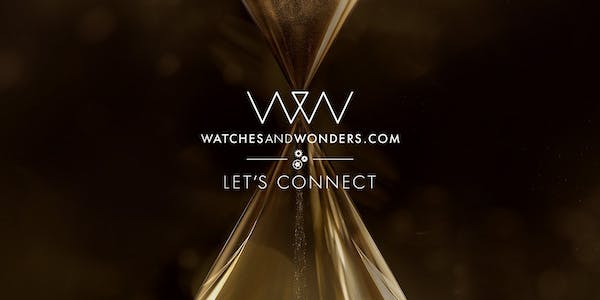