The Development of the Automatic Movement – Part 1

Anyone with a vague interest in mechanical timepieces knows they can be generally subdivided into two subcategories: those with manual movements and those with automatic movements. The former is coveted for the relationship it creates between watch and wearer; after all, these watches require attention above and beyond simply checking the time. On the other hand, automatic (or “self-winding”) watches are valued for their convenience – as long as you regularly wear your automatic timepiece, it will carry on running unfazed. However, few know what really goes on inside an automatic watch or how this type of watch came to be.

The advent of automatic movements has allowed wearers a carefree watch experience. In a previous article, we answered some basic questions about automatic watches and touched on how to take care of them. However, their impressive internal mechanisms and history warrant a closer look – this two-part article will do just that. 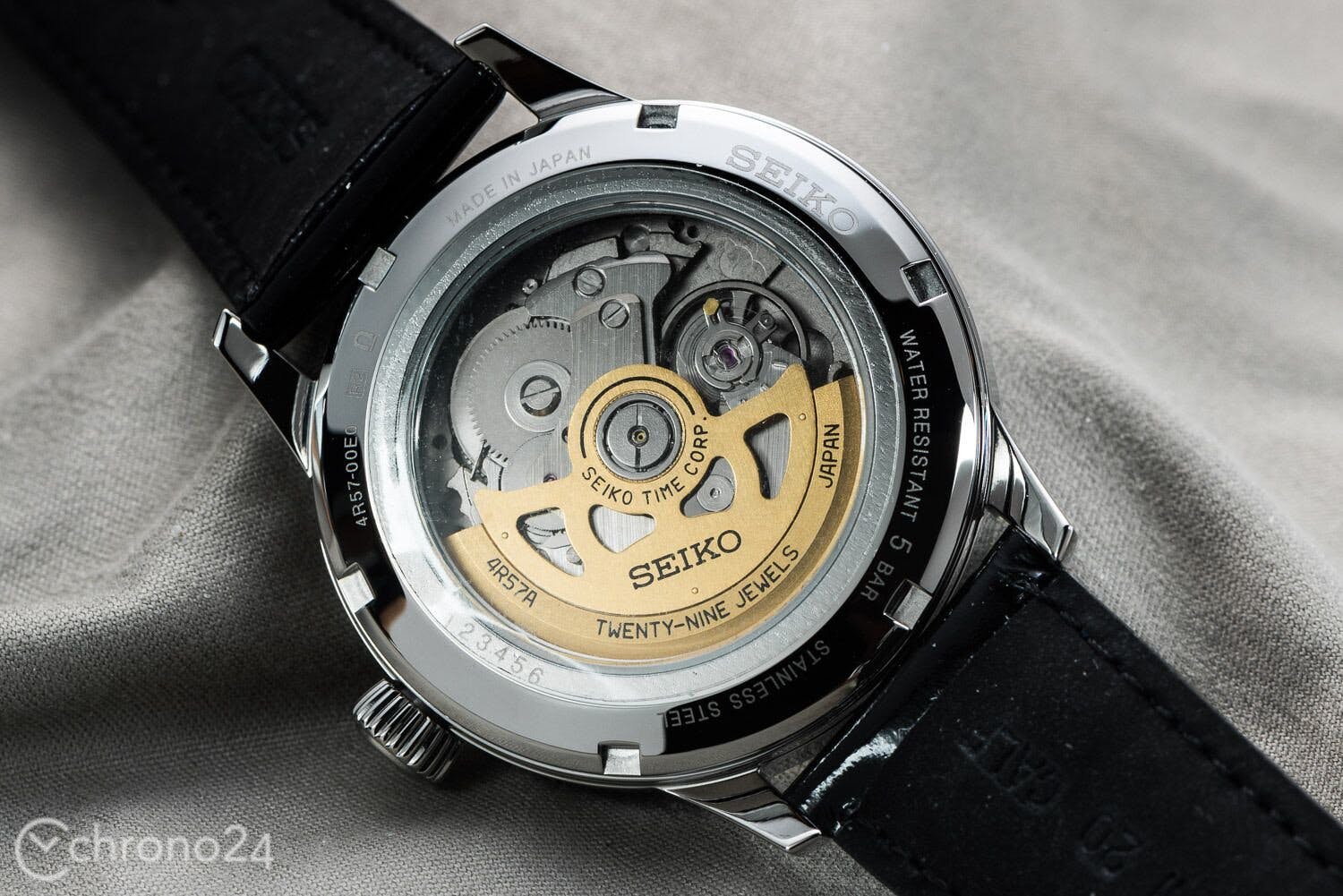 Perpetual Motion on Your Wrist

We know that a perpetual motion machine, i.e., a continuously functioning mechanism with no energy input, is physically impossible, but somehow automatic movements seem to defy this law of nature. The smallest motions of the wearer’s wrist supply sufficient energy to power their watch, all without having to make a conscious effort.

You can recognize an automatic watch by its rotor, which serves as an oscillating mass. When the wearer moves their arm, this rotor spins on its axis and turns a gear train, which reduces the speed of the rotation and raises the torque to a level that is sufficient to tighten the mainspring. The gear ratio means that the rotor requires many more rotations to reach a fully wound position than a manual movement that is wound by hand using a crown. That’s not a matter of concern, however, seeing as everything occurs with little to no effort on the part of the wearer. 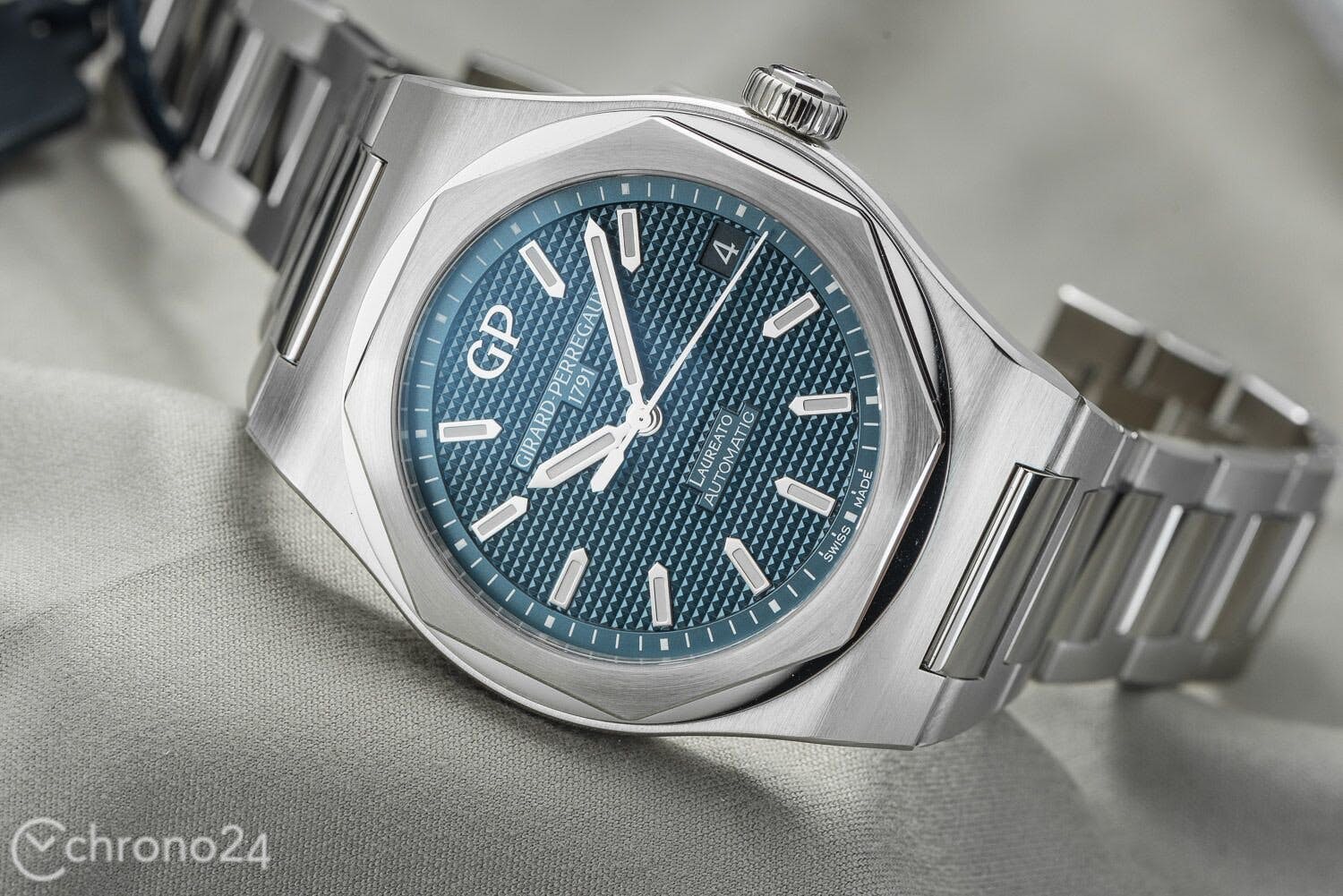 Back to the Beginning

Today, rotors are ubiquitous in automatic watches – you’d be forgiven for thinking it’s a necessary component of a self-winding movement. However, over the years, there have been many different designs for automatic movements, ranging from simply ingenious to off the wall.

We know that a watchmaker developed a timepiece with a rotor similar to what we know today back in the 1770s. For a long time, this achievement was credited to Abraham-Louis Perrelet, though experts now consider the true inventor to be Hubert Sarton of Belgium. The search for the inventor alone has filled entire books and remains uncertain to this day – it makes for excellent debates among watch nerds. For this article, however, it’s only important to know that this historical accomplishment, which was ahead of its time, was more or less forgotten until 1949.

Perrelet’s more well-known successor, Abraham-Louis Breguet, entered the mix around a decade later. He devised an automatic movement with a pendulum-style weight that rocked back and forth. The Moritz Grossmann Atum Hamatic, a modern watch, uses this type of self-winding mechanism. 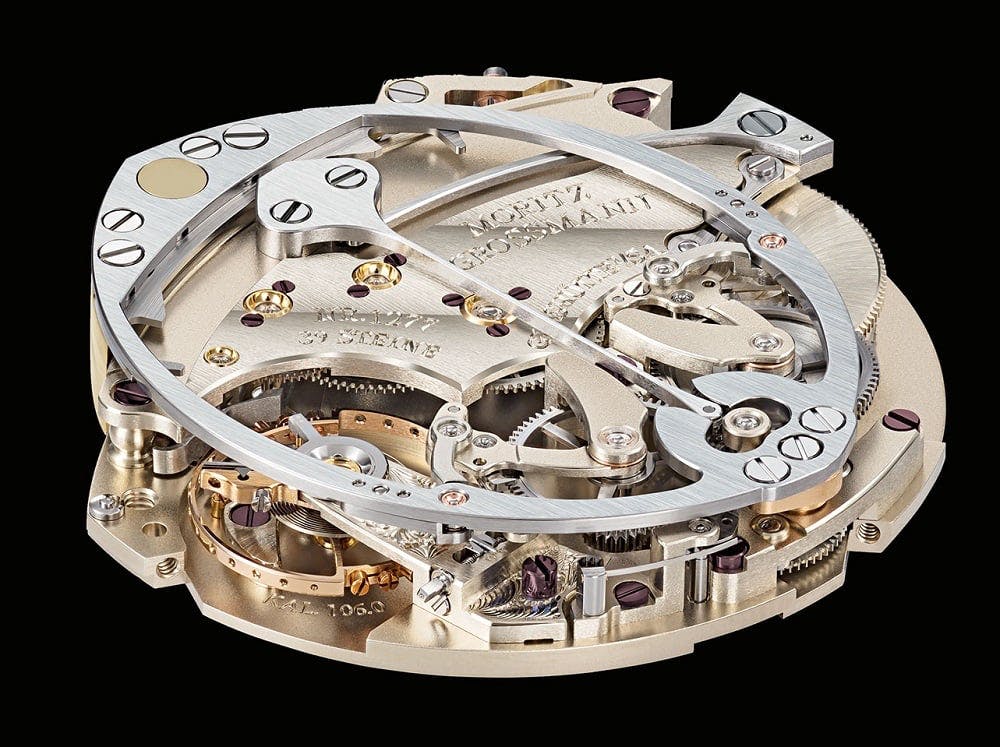 The Moritz Grossmann Hamatic movement with its hammer pendulum

If we jump ahead by a quarter of a millennium, we come to around the time of World War I. After proving themselves useful at war, wristwatches triumphantly made their way into the everyday lives of civilians. With this came a host of unique automatic movement designs. In the 1920s, the “Rolls” watch from Léon Hatot was one such unique work of art: The entire movement slid on ball-bearing rails within the case, which in turn wound the watch.

Anyone who prefers a relaxed fit on the wrist certainly would’ve avoided John Harwood’s “Autorist” watch. It relied on a hinged lug that utilized changing band tension to wind itself. Harwood also made watches with a central oscillating mass, but its movement was limited, and it swung back and forth between two buffer springs. This self-winding mechanism is referred to as a hammer or bumper system and can be found in numerous vintage Omega models. 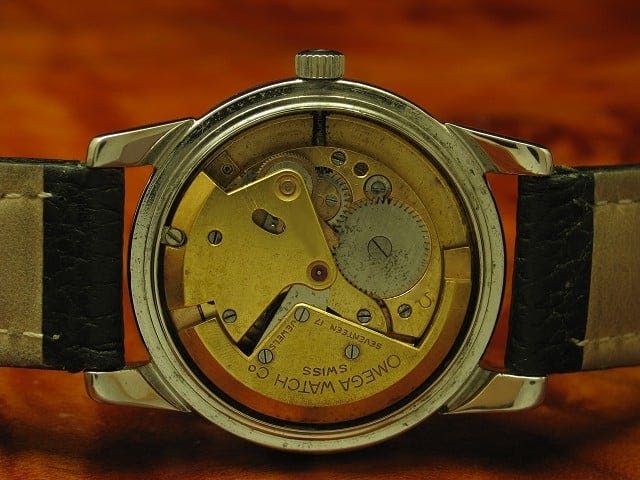 In 1933, a brand we all know and love – Rolex – introduced the 360º rotor for automatic movements. Over the course of the 1950s, this mechanism established itself as the most reliable and efficient solution for automatic timepieces. With time, the superiority of this design would put an end to the multitude of alternative systems. The self-winding mechanisms mentioned above have now been relegated to the halls of watchmaking history.

At the time of its release, Rolex was considered the inventor of the rotor system. No one would have guessed that this watch from 1949 actually had its origins in the 18th century. In retrospect, one could say that the rotor concept had come full circle – similar to its action in today’s automatic watch movements. 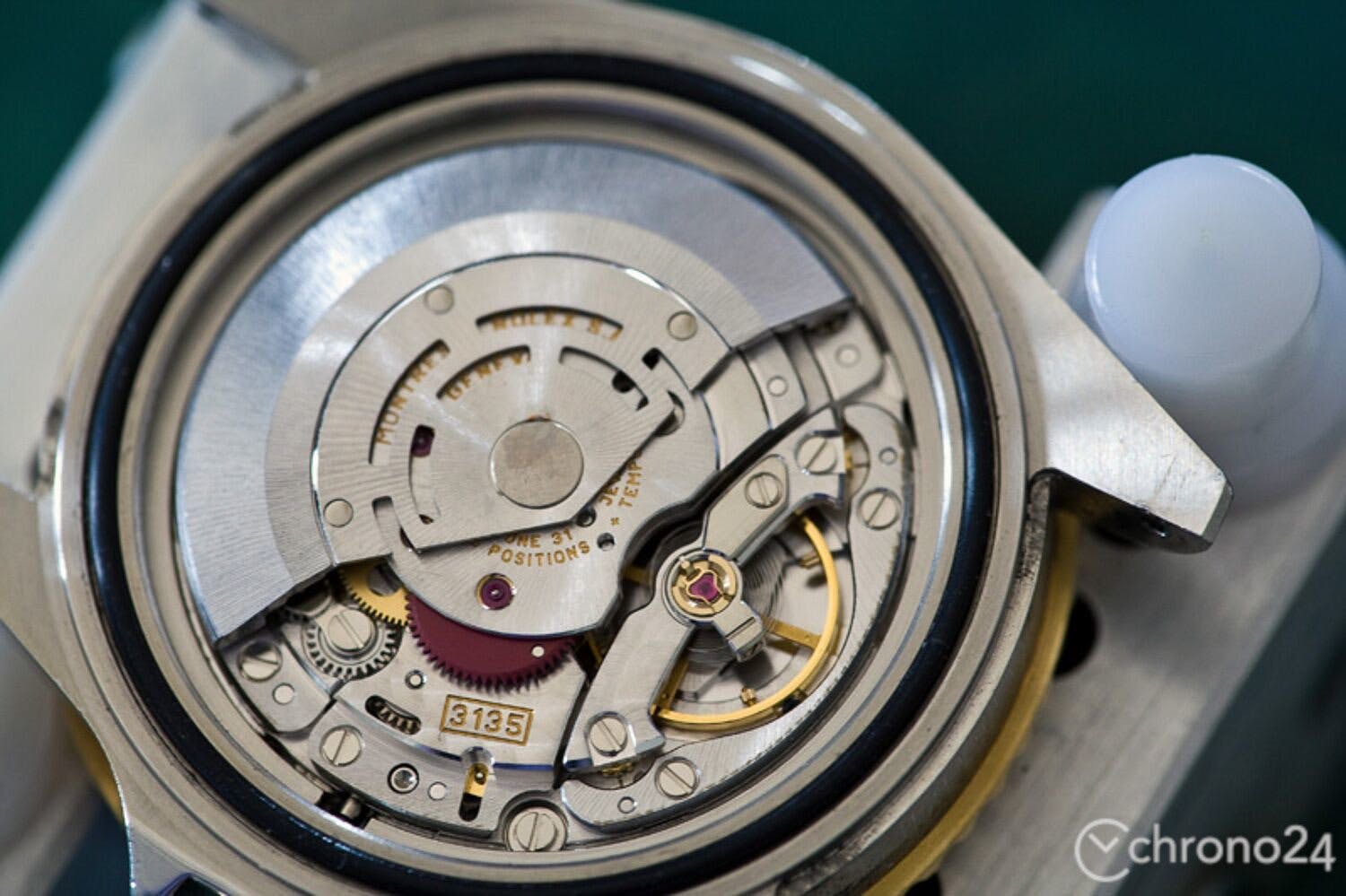 To do the Rolex 3135 justice, you have to remove the case back.Imagen: Bert Buijsrogge

While the basic principles remained unchanged, the rotor’s development was long from over. The 18th-century predecessor utilized both rotational directions to wind the barrel. The Rolex version, on the other hand, was unidirectional. This led to Felsa’s reintroduction of the bidirectional winding rotor in 1942. At the time, it wasn’t just a clever innovation, it was also an elegant way to circumnavigate Rolex’s patent.

But how does this system work, technically speaking? The answer is two sets of mechanical ratchet wheels. One set of wheels is locks when the rotor swings forward, the other when it swings backward. This allows the spring to wind regardless of the rotor’s rotational direction. Today, there is a variety of different designs that achieve this same concept. Without going into too much detail, we’ve named a few noteworthy versions: 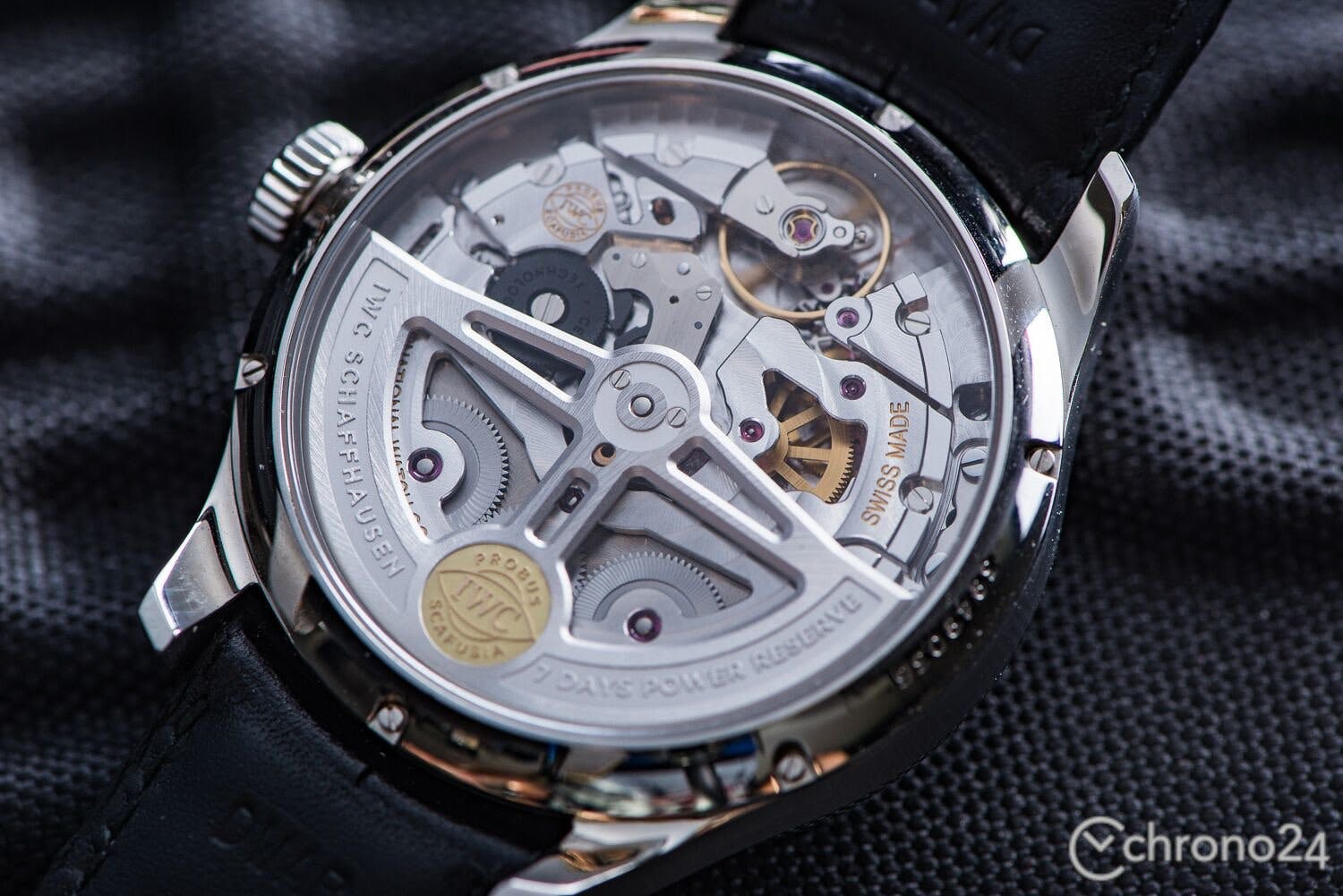 The black ceramic components of IWC’s Pellaton winding system stand out from the rest of the movement.Image: Bert Buijsrogge

Despite bidirectional winding systems being widespread today, some manufacturers have stayed true to unidirectional systems. This is the case with the reliable Valjoux 7750 caliber, as well as more exclusive movements like the Girard Perregaux GP01800-0008, which powers watches in the Laureato collection.

Improvements to efficiency and preventing wear and tear took place between 1950 and the quartz crisis. Above all, winding systems were better integrated into the overall movement. Automatic movements had previously been rather thick since most manufacturers simply added a rotor module to an existing base movement. It took another 20 years before the first chronograph watch would benefit from a self-winding system. 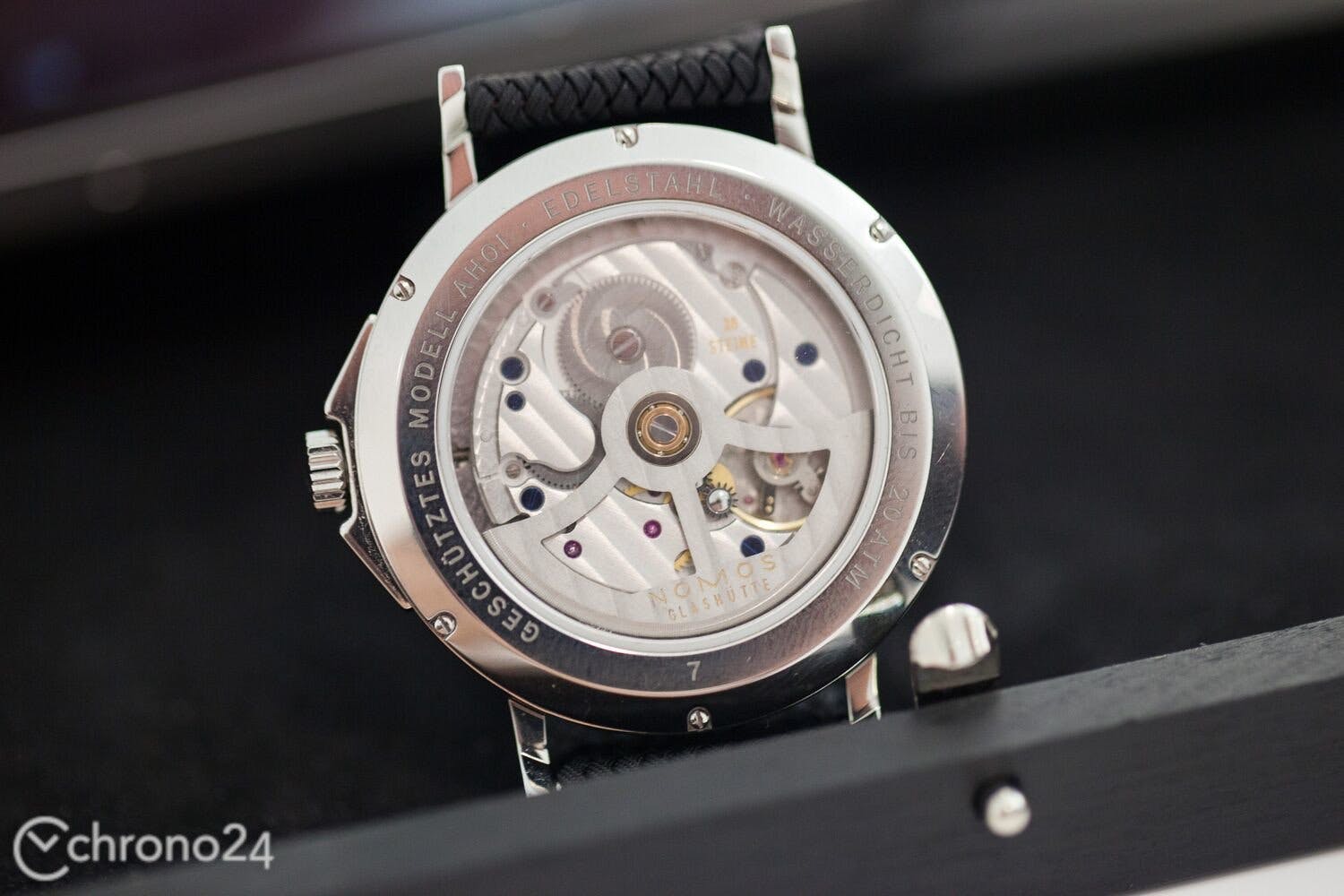 The NOMOS Epsilon in the Ahoi – in the middle of the movement near 5 o’clock, you can see the rocker that makes bidirectional winding possible. NOMOS Ahoi – View offers on Chrono24Image: Bert Buijsrogge

The Renaissance of the Mechanical Watch as a Driver of Innovation

The revived interest in mechanical watches as status symbols and collector’s items has led to creative and complex innovations, particularly in the field of haute horlogerie. Some of these developments were originally devised decades ago but considered uneconomic or too labor intensive at the time and thus abandoned. The second part of this article will give some insight into other designs and take a closer look at a few of the higher-end and more eccentric self-winding systems out there – stay tuned!

What is an automatic watch and how does it work?

What is an in-house movement?