The term “classic watches” (or “dress watches”) is often used to refer to timepieces that effortlessly remain unaged in style. However, I’m a big believer that this also refers to a timepiece that can stand the test of time – excuse the pun. You see, classic timepieces are all about the look and feel of a timepiece that graces your wrist without unintentionally drawing too much attention and that works well with your sartorial attire. I think that it is essential that in some point in your life, you need to own a classic timepiece for those more demure moments. Here is our guide to some of the timepieces to which you should pay attention. 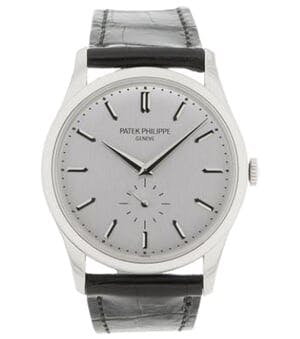 The first men’s watch that Patek Philippe put on the market in large numbers was manufactured in 1932 and was named the “Calatrava”. It was given the first reference number 96 and was initially equipped with a 12”’ manual wind movement. The reference 96 was manufactured with many different dials.

Admired by many, the reference 96 Calatrava remained in production for 30 years before being replaced by the ref. 3796. This is the quintessential classic Patek Philippe and is still produced today under the reference 5196. However, the case has grown to a larger diameter of 37 mm. Today you can also get the reference 5296, which makes use of an automatic calibre.

As a firm believer of less is more, the A. Lange & Söhne 1815 is the epitome of this statement. It was named the 1815 because of the birth year of Ferdinand A. Lange, who established Germany’s precision watchmaking industry in Glashütte. The 1815 is a homage to tradition with clean and classical lines, which is a masterstroke from Lange.

The design of the 1815 is characterised by bold, traditional, seamless, and elegant style elements: with blued hands, Arabic numerals, and the railway track minutes scale. It is a worthy ambassador of Lange’s watchmaking heritage. 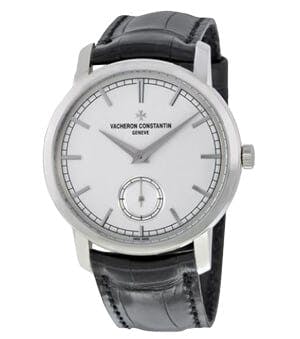 Originally called the Patrimony Traditionnelle but now just known as Traditionnelle: is a range that reflects on the traditions of the Genevan Haute Horlogerie, traditional fine timepieces. Whether these timepieces are simple or complicated, Vacheron have a watch that suits your needs within this classic range, which embody Vacheron’s timeless and effortless designs. 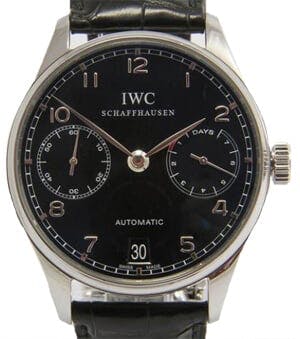 Introduced in 1939, the Portuguese is one of IWC’s most iconic and popular timepieces, though what is interesting is how it came about. Introduced in the late 1930s, the Portuguese was the result of two Portuguese businessmen, Rodrigues and Teixeira, who required a timepiece that featured the precision of a marine chronometer. At the time, the only way IWC could meet their request was to use a calibre from a high-quality pocket watch, simply because it had a larger balance, which delivers greater inertia, making the timepiece more precise. Coupled with that, its large watch face was perfect for readability.

But little did IWC know that aesthetically, the Portuguese was ahead of its time. After more than 75 years in production, the IWC Portugieser remains as classical as ever. With the introduction of the new Portugieser range in 2015, it has to be one of the timepieces on everybody’s list. 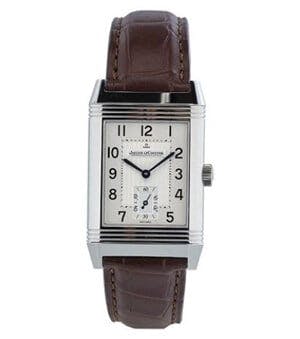 The name Reverso is inspired by the Latin “I turn around”. The design of the Reverso dates back to the 1930s, or to be more precise 1931. Polo players were tired of having the crystals on their timepieces broken and damaged while playing this aristocratic game. Now, one would have thought that players would’ve just ceased wearing their elegant timepieces while playing “The Sport of Kings” – but no, Jaeger-LeCoultre came up with the idea of making it possible to flip the watch while on your wrist so that the crystal was protected from a severe thrashing.

The original Reverso released in 1931 only featured the inscription of Reverso on the dial and just an hour and minutes hand. Over the years, Jaeger-LeCoultre have introduced many variations of the Reverso. However, the 1931 still remains a classic. In 2011, Jaeger-LeCoultre introduced the Grande Reverso Ultra-Thin Tribute to 1931 akin to its predecessor introduced over 80 years. 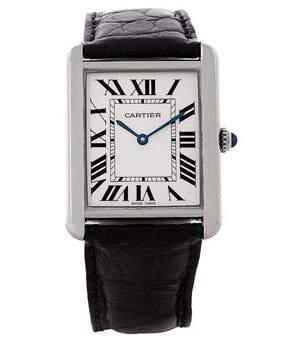 The Cartier Tank is something of an icon. I don’t just mean for Cartier themselves but in fact to the whole watchmaking industry. Introduced in 1917, it has been presented in various forms. Nonetheless, it has remained a classic timepiece among classics. It is effortlessly timeless and this is not something easily achieved. It is the quintessence of what an elegant gentleman’s timepiece should be.

Based on the design of Renault tanks used in WWI, Louis Cartier introduced the rectangular Tank in 1917. Worn by countless famous faces, the Tank today is without doubt the most emblematic timepiece produced by the famous French brand that is Cartier. 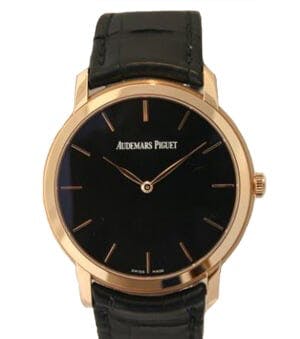 Another classic design from one of the big three haute horlogerie brands is this Jules Audemars Extra Thin. Prior to the Royal Oak era, Audemars Piguet had established itself as a master of Grande Complications but also specialised in the creation of extra-thin, time-only Gentlemen’s dress watches. The Jules Audemars Extra Thin harks back to the Gatsby era.

It houses one of the world’s thinnest self-winding movements, which measures just 2.45mm. Its slender case, streamlined bezel, and pure dial arrangement evoke the timeless nature of which classic timepieces are made. With absolute elegance inside and out, the befitting name of Jules Audemars is only right for such a timepiece.

As one of the oldest names in watchmaking, the Classique is emblematic of Breguet’s sleek and classic designs. The Breguet Classique 5157 was first introduced at the Baselworld watch fair in 2005 as a time-only ultra-slim dress watch. The Classique 5157 is the successor of the 5130, which in fact looked very similar bar a few minor details.

Two of the defining features of the Classique 5157 is its strict two-hand design and beautiful silver guilloche dial. This relative sobriety is only further enhanced by its streamline design, though I wouldn’t go as far as calling the 5157 minimalistic because of its numerous elements of finishing. The Classique is a synonym for timeless beauty, ingenuity, and superlative horological craft. 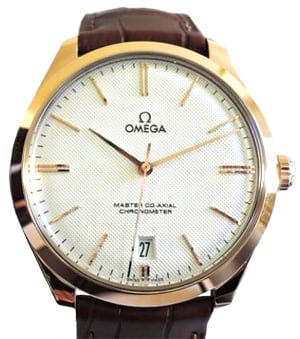 Characterised by its thin and classic gold case, the Trésor line was first introduced by Omega in 1949 – a gentleman’s classic dress watch – however, it wasn’t as well-known as Omega’s other dress watch: the Constellation. The original Trésor was considered oversized at the time at 37.5mm in diameter. Built and priced for the South American market, it remained largely unknown.

Some 50 plus years later, the De Ville Trésor has been re-introduced, equipped with one of the most advanced Co-Axial movements conceived by Omega thus far. The Omega Trésor features a slim and elegant polished case, making it an ideal dress watch. In fact, Omega have done such a great job in re-creating this retro Trésor that Mr. George Clooney himself was spotted wearing this timepiece on his wedding day. 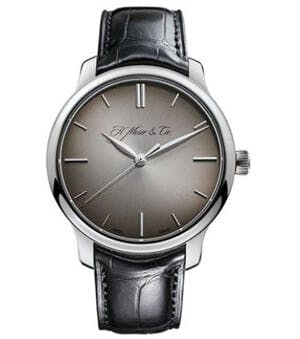 Founded in 1823 and re-established in 2005, you could argue that H. Moser & Cie are one of the newest brands in this top ten list. It is evident that H. Moser & Cie have set out to portray a very clear and poignant message: Very Rare. And while this statement might be taken lightly, the fact is they are producing some of the most elegant timepieces on the market today.

While some of them teeter on the edge of more contemporary, the Endevour pieces are just about as classic as it gets. With all of their watches designed and manufactured in-house, as well as their movements, which are finished by hand, I guess you could say that this is indeed something quite rare nowadays.

Christopher Beccan is the founder of the online magazine "Bexsonn," where he regularly writes about his two passions: extraordinary timepieces and whiskey. His work …